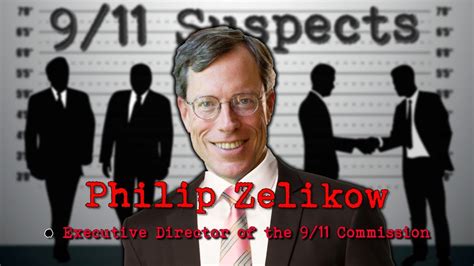 Arch Deep State fixer and cover-upper, Philip Zelikow, former Executive Director of the 9/11 Commission will be chairing the COVID Commission Planning Group, according to the University of Virginia, whose Miller Center for Public Affairs will serve as the group’s base to “Help America and the world learn from this pandemic and safeguard against future threats.”

Zelikow’s “non-partisan” group includes Event 201 participants, the Johns Hopkins Center for Health Security at the Bloomberg School of Public Health and it’s being funded by Schmidt Futures, which is Eric Schmidt-Goolag-Alphabet-Bilderberg, the Skoll Foundation, which is the eBay FAANGster insider philanthropy group, the Rockefeller Foundation and Stand Together, which is Charles Koch’s philanthropic organization.

Zelikow’s hope is that their work will feed into a future National COVID Commission, set up either by the White House or Congress and what a perfect bookend this would be for this Deep State swamp monster!

Besides serving on President George W Bush’s transition team in 2000-2001 and then on his Post-9/11 Foreign Intelligence Advisory Board, Zelikow was the author of the Bush administration’s 2002 National Security Strategy, which laid out the case for pre-emptive war, which was used to invade Iraq.

For these reasons, his later role as the Executive Director of the 9/11 Commission (after Dubya’s first choice, Henry Kissinger was loudly rejected even by The New York Times) led to a general consensus that he is Deep State fixer of the swampiest kind, walking in the footsteps of the likes of Henry Kissinger and John Kerry.

As James Corbett says here, “He certainly absolutely fulfilled his role as Executive Director of the 9/11 Cover-Up Commission by facilitating the cover-up. And how did he do that? He directed who the Commission talked to, under what circumstances, what they talked about, what they didn’t talk about and what, ultimately ended up in the final report.”

Corbett says perhaps the most egregious example of this was how, before the Commission even had a single internal staff meeting, Zelikow and his professor, Ernest May had co-authored a draft of the 9/11 Commission Final Report, including headings subheadings and sub-sub headings!

“It was so ridiculous, that even the 9/11 Commission staff, themselves internally parodied this and started sending around a parody draft outline of the Warren Commission Report called the ‘Pre-Emptive Outline.’”

One of the headlines in this parody Warren Commission Report was, “Single Bullet: We Haven’t Seen the Evidence Yet but Really, We’re Sure.”

James continues, “So that’s the person that they’re going to put in charge of this preliminary to the National COVID Commission. Uh, yeah. I think we know where this is trending but here’s an important part of this story that might might get excluded, so let’s not exclude it: One of Zelikow’s specialties – his self-professed specialties – is ‘public myth’, the creation and management of public myth.

“He, himself brags that this is his specialty and in a 1998 article on public myths, Zelikow identified ‘generational myths that are formed by those pivotal events that become etched in the minds of those who have lived through them.’

“And also in 1998, he was writing about ‘Catastrophic Terrorism: Tackling the New Danger’, in Foreign Affairs, the publication of the Council on Foreign Relations.

“Absolutely, top-to-bottom, this is outrageous and disgusting! I hope people will actually read through this University of Virginia puff piece to see what he’s talking about, ‘Oh, we’re going to have to get into private firms and non-profit entities and hospitals and pharmaceutical firms. They all have a role to play and they’ve all made responses to this disaster.’

“Yeah, I wonder if we’re really going to get to the bottom of what really happened over the course of the past year or whether it’s all going to be covered-up and the ‘generational myth’ for the foundation of the Biosecurity State and vaccine passports and all of that are going to be hardwired-in, through a National Commission.

“This is the way that they form the response to these ‘generation-changing’ kind of events and so this is where the real action of all of this really comes, is when they start hardwiring it in through these types of things.

“Absolutely disgusting! Top-to-bottom! That was a mouthful that barely scrapes the surface. If you are interested in more, please type ‘Zelikow’ into the search bar, on corbettreport.com and you’ll find a number of reports, including my 9/11 Suspects piece, all about Philip Zelikow and how he ran the 9/11 Cover-Up Commission and a podcast episode I did, called ‘Learn History with Philip Zelikow…

“I think it’s important to put this on the record. This is a cover-up in action. We’re watching it happen, right now.”