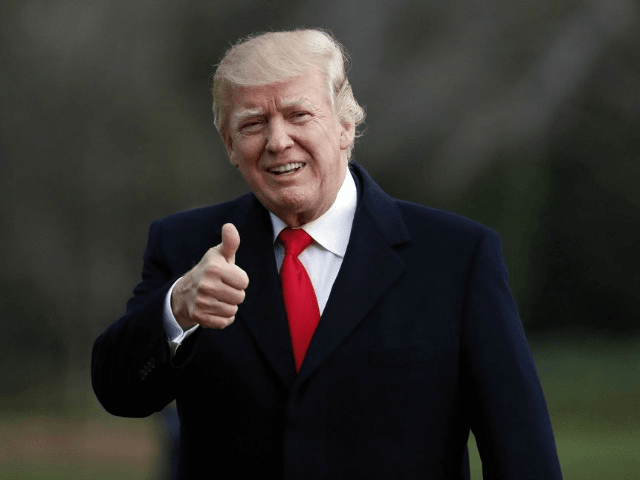 The President is bringing peace to the Middle East – something his critics said would never happen.

With all that is going on at home, President Trump manages to again continue to strive for world peace.  Today President Trump tweeted that US great friends – Israel and the Kingdom of Morocco – have agreed to full diplomatic relations:

Another HISTORIC breakthrough today! Our two GREAT friends Israel and the Kingdom of Morocco have agreed to full diplomatic relations – a massive breakthrough for peace in the Middle East!

Morocco now becomes the fourth Muslim-majority and Arab country to open ties with Israel, following diplomatic breakthroughs this year with the United Arab Emirates, Bahrain and Sudan brokered by the U.S.

Trump spoke with Morocco’s King Mohammed VI in a phone call Thursday, proclaiming that the U.S. will recognize “Moroccan sovereignty over the entire Western Sahara territory,” according to a readout of the call provided by the White House.

The President announced that he signed a proclamation recognizing Moroccan sovereignty over the Western Sahara.  He did this for just and lasting peace and prosperity in the Middle East:

Today, I signed a proclamation recognizing Moroccan sovereignty over the Western Sahara. Morocco's serious, credible, and realistic autonomy proposal is the ONLY basis for a just and lasting solution for enduring peace and prosperity!

Morocco annexed the full territory of the Western Sahara in 1979 but did not receive international recognition of its claims in the face of conflict with the indigenous Sahrawi people, represented by the political-military group Polisario Front. The final status of the territory has stalled under a 1991 cease-fire brokered by the United Nations.

Trump, in his phone call with the Moroccan king, said the U.S. recognized Rabat’s “serious, credible, and realistic autonomy proposal as the only basis for a just and lasting solution to the dispute over the Western Sahara.”

Then the President tweeted about the US’s new relations with Morocco:

Morocco recognized the United States in 1777. It is thus fitting we recognize their sovereignty over the Western Sahara.

Following U.S. recognition of Morocco’s claims in the Western Sahara, the White House said the King agreed to “resume diplomatic relations between Morocco and Israel and expand economic and cultural cooperation to advance regional stability.”

The President of the United States is amazing.  This is why we love him so much.  Despite attacks from Democrats, communists and fascists at home and around the world, President Trump continues to work for the American people and for world peace.