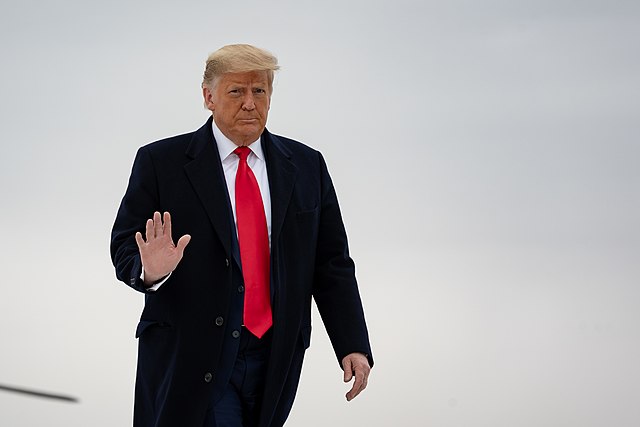 BankUnited has followed Signature Bank in deciding to close former president Donald Trump’s bank accounts in what appears to be part of a banking blockade aimed at punishing him for actions he took as our commander-in-chief.

From The Washington Post, “Florida-based bank announces it is closing Trump’s accounts”:

Another one of former president Donald Trump’s banks said Thursday that it is closing his accounts, as Trump returns to a business hammered by covid-19 and the backlash to Trump’s role in the deadly attack on the Capitol.

“We no longer have any depository relationship with him,” Bank United said Thursday. The bank declined to give a reason for its decision.

The Florida-based bank had held some of Trump’s money since at least 2015, according to the former president’s financial disclosures. At the end of 2020, Trump said he had two money market accounts at Bank United, containing between $5.1 million and $25.2 million combined. The financial disclosure forms allowed Trump to list his assets in ranges, rather than exact dollar amounts.

Since the Jan. 6 attack, a number of key partners, vendors and customers have cut ties with Trump’s company. That list now includes three of the four banks that held Trump’s largest deposits: Signature Bank and Professional Bank announced their decisions earlier this month. The fourth, Capital One Bank, has declined comment, saying it does not discuss current or former customer relationships.

Signature Bank said last week their decision was an act of political retaliation.

A Trump administration official just a few days ago rammed through a banking rule to block banks from closing people’s accounts and refusing to do business with people over their political views — though it only applies to banks with over $100 billion in assets (BankUnited and Signature Bank are both below the threshold).

Biden’s handlers have indicated they’re going to move to overturn the rule as soon as possible. Preserving the ability to close dissidents’ bank accounts for questioning our ruling class is now an integral part of their Orwellian control scheme.

If Trump had enacted the rule at the beginning of his presidency legal analysts have said overturning it would likely be more difficult.

Trump should use some of the $200 million he raised off the “Stop The Steal” grift to challenge these banks in court.