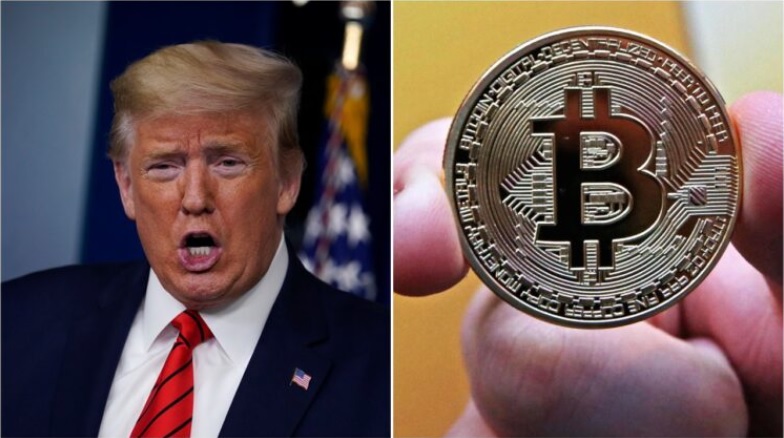 Former president Donald J Trump took shots at Bitcoin on Monday, which corresponded with another drop in price in the popular and controversial cryptocurrency. Bitcoin dropped 8.5 percent due in part to Trump’s sentiments.

“Bitcoin, it just seems like a scam … I don’t like it because it is another currency competing against the dollar,” Trump said while making an appearance on CNBC.

“Essentially, it is a currency competing against the dollar. I want the dollar to be the currency of the world, that’s what I’ve always said,” he added.

The clip can be seen here:

TRUMP: Bitcoin, it just seems like a scam. I don't like it. I want the dollar to be the currency of the world. pic.twitter.com/CXjALsJmXx

Trump is echoing elitist attacks on Bitcoin that are spread by elite oligarchs desperate to save the fledgling debt-based financial system that sustains globalism.

Big League Politics has reported on how Jeffrey Epstein protégé and vaccine pusher Bill Gates slammed Bitcoin because it cannot be used to sustain his power:

“Globalist oligarch Bill Gates impugned bitcoin on Wednesday, describing the decentralized currency as an innovation that the world could do without.

“The way cryptocurrency works today allows for certain criminal activities. It’d be good to get rid of that,” said Gates of Bitcoin in an interview published Thursday in the Wall Street Journal. Gates would go on to qualify his view. “I probably should have said bio weapons. That’s a really bad thing.”

Gates claimed he had a “neutral” view of Bitcoin in a Thursday CNBC appearance, although appearing to slight the currency…

It’s harder to imagine any more meaningful endorsement of bitcoin than hearing that Bill Gates doesn’t like it. The globalist oligarch has demanded that western countries ban the consumption of meat in favor of a 100% synthetic lab-produced alternative, and has become the single greatest owner of farmland in the US in a gambit to raise the price of meat beyond the budgets of everyday Americans.”

Once again, Trump appears to be on the wrong side of a crucial freedom issue. Trump’s advisors are sending him awry, as they did throughout his presidency, and he has apparently not learned any lessons.