Donald J Trump Is Telling People That He Will Be Reinstated As President: Report 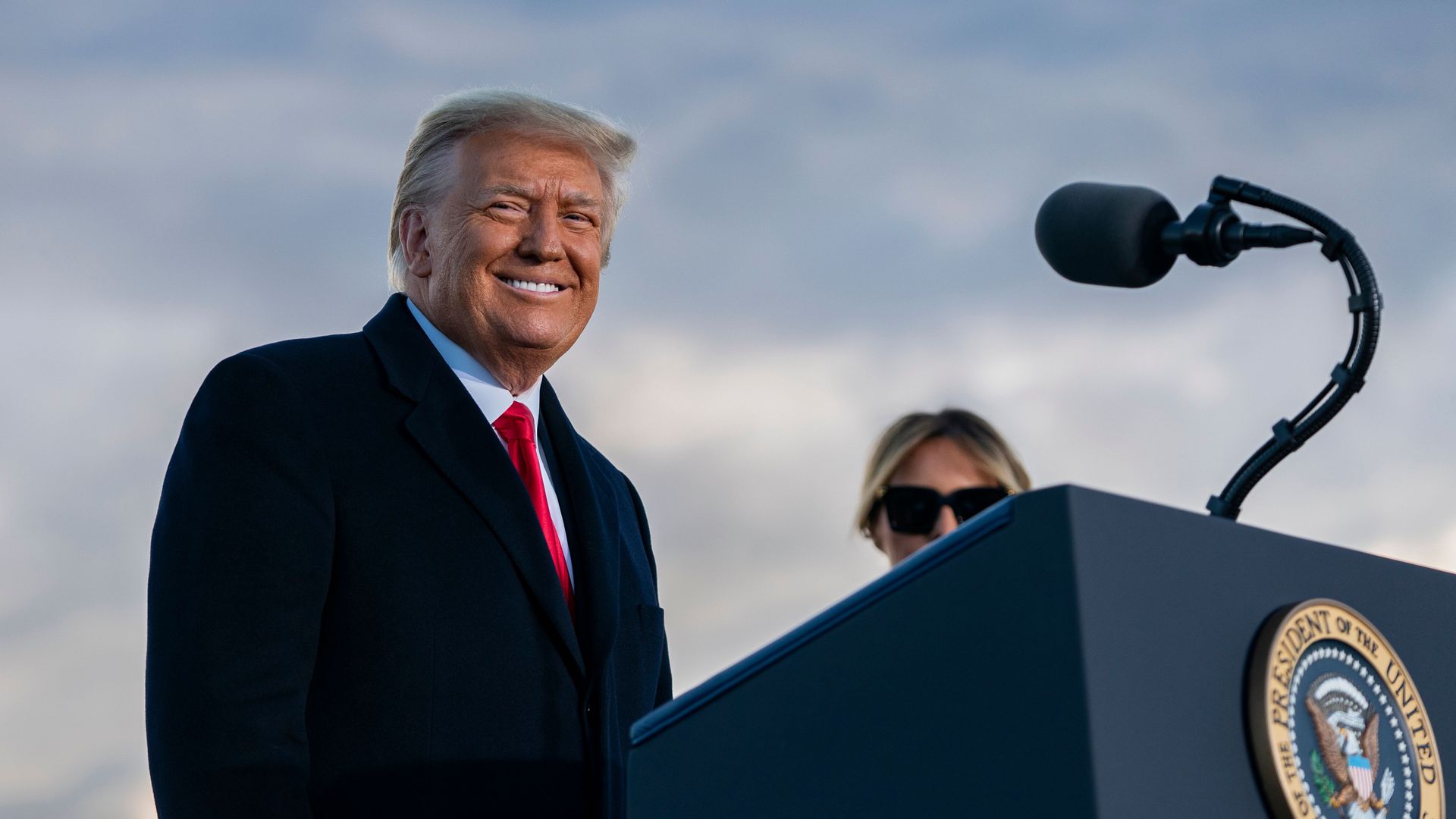 Many people have speculated that Donald Trump could be reinstated as President of the United States if the ongoing 2020 presidential election audits determine that he should have won the states needed to stay on as president.

But now there are reports that he has been telling people that is what is going to happen, New York Times reporter Maggie Haberman said on Twitter.

“Trump has been telling a number of people he’s in contact with that he expects he will get reinstated by August (no that isn’t how it works but simply sharing the information),” she said.

Trump has been telling a number of people he’s in contact with that he expects he will get reinstated by August (no that isn’t how it works but simply sharing the information). https://t.co/kaXSXKnpF0

“It isn’t happening in a vacuum. It is happening as he faced the possibility of an indictment from the Manhattan DA,” she said.

Trump has been telling a number of people he’s in contact with that he expects he will get reinstated by August (no that isn’t how it works but simply sharing the information). https://t.co/kaXSXKnpF0

“But he is not putting out statements about the “audits” in states just for the sake of it. He’s been laser focused on them, according to several people who’ve spoken with him (as well as WaPo reporting a few weeks ago),” she said.

But he is not putting out statements about the “audits” in states just for the sake of it. He’s been laser focused on them, according to several people who’ve spoken with him (as well as WaPo reporting a few weeks ago).

And he has been issuing statements often about the audits happening in several states.

“BREAKING: Alarm Went Off at Secure Building in Fulton County Georgia Where Ballots Are Kept – Building Found Wide Open,” he said in an email on May 31.

“Great work is being done in Georgia revealing the Election Fraud of the 2020 Presidential Election. But, we must not allow ANYONE to compromise these ballots by leaving the building unsecured, which was done late Friday. Republicans and Patriots must protect this site and the Absentee Ballots. The Left talks about election security but they do not practice what they preach because they are afraid of what might be found. Fulton County Leadership—do the right thing and protect these ballots. Our Country is at stake!” he said.

“New Hampshire’s Election Audit has revealed that large-scale voting machines appear to count NON-EXISTING VOTES. State and local communities are seeking confirmation. It’s probably true, but we’ll soon know. Why aren’t Minority Leader Mitch McConnell and Republicans doing anything about what went on in the 2020 Election? How can the Democrats be allowed to get away with this? It will go down as the Crime of the Century! Other States like Arizona, Georgia (where a Judge just granted a motion to unseal and inspect ballots from the 2020 Election), Michigan, Pennsylvania, and more to follow,” he said in an email on May 25.

And the news comes after attorney Sidney Powell said the same at an event this weekend.

“He can simply be reinstated,” the attorney said as the crowd cheered.

“A new inauguration date is set, and Biden is told to move out of the White House, and President Trump should be moved back in,” she said. “I’m sure there’s not going to be credit for time lost, unfortunately, because the Constitution itself sets the date for inauguration, but he should definitely get the remainder of his term and make the best of it.”

At the "Patriot Round Up" QAnon conference in Dallas, Sidney Powell informs the crowd that Trump won't get credit for "time lost" after he's reinstated as president and Biden is forced to leave the White House.

Feels like she's setting them up for more disappointment. pic.twitter.com/PqNrunvzi3

And there has been talk of starting a new audit in Arizona as the state legislature attempts to determine if it wants to change election laws.

The Arizona Senate is considering signing a deal to have another audit of the 2020 election in Maricopa County as reports indicate that some auditors of the current are not satisfied with the process for it, The Washington Examiner reported.

The present audit, which includes a review of 2.1 million ballots cast in the state’s November election in the county, has been underway since April 23 at the Veterans Memorial Coliseum in Phoenix, led by the hired firm Cyber Ninjas. Audit liaison, former Secretary of State Ken Bennett, told a reporter with CBS5 News on Thursday that hand counters had gone through more than 800,000 ballots so far. Organizers have said they hope to finish by the end of June.

But the GOP-led state Senate is already eyeing another recount that would be entirely electronic, running digital images of ballots through a program to count all votes cast for every race on the county’s ballot, according to the Arizona Republic. Bennett told the outlet they are considering a California-based election transparency nonprofit group called Citizens Oversight for the job, and the results from both audits could be compared to one another.

Citizens Oversight founder Ray Lutz, 63, told the Arizona Republic this week his group has never been commissioned to audit an election, adding that the technology being pitched for the process has never been used for an official audit.

“I would say absolutely this is a grand test,” he said to the Arizona Republic. “I think it is certainly a big test for me because I have put a lot of work on it for the last year and a half or so. We have enhanced it to the point now where I believe we can do a lot to provide information about how well (this election) went.”

“This is a new system that is valuable for the public to have and we can use for examining these elections and finding out what happened,” he said.

One thought on “Donald J Trump Is Telling People That He Will Be Reinstated As President: Report”