Ever Given: Global Prices Soar As Enormous Ship Draws Penis In The Red Sea…Then Gets Stuck in the Suez Canal 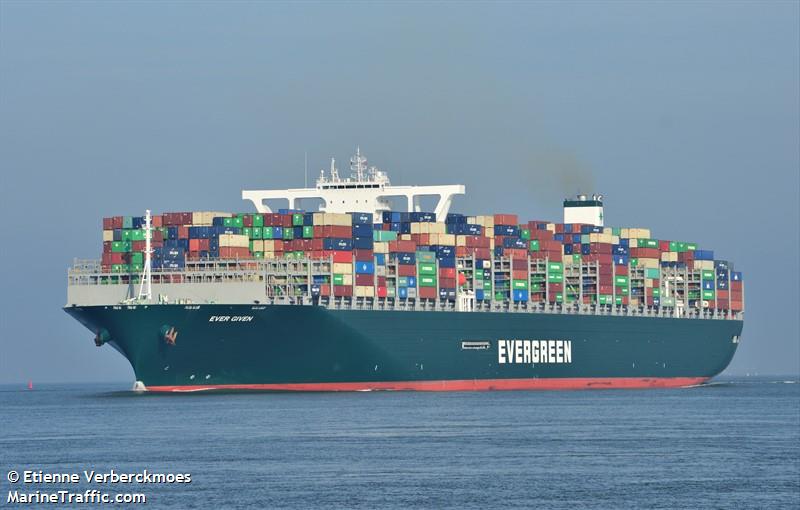 According to CBC, about 50 ships a day pass through the Suez Canal in Egypt’s northeastern region between the Red Sea and The Mediterranean.  The canal is vital to world trade to avoid traveling up to 15,000 miles for 25 days around all of Africa from the East. Now, a single bizarre boating incident on Tuesday, March 23rd, has prevented all trade through the canal indefinitely.  A ship that got stuck in the canal is raising serious questions about national and international security related to these shipping waterways.

As evidenced by this incident, just one nefarious, incompetent, or unlucky captain of a single boat (or worse) can skyrocket the prices of nearly all global goods and threaten markets.  Some very bizarre occurrences leading up to the event have left many wondering if this entire incident may have been intentional.

The Suez Canal is a major shipping channel responsible for roughly 30% of all global container traffic flows annually.

Calling this ship enormous would not be an exaggeration.  At 400 meters, the boat is nearly as long as the Empire State Building and twice as heavy at 200 metric tons with containers stacking many stories high.

Officials say there is little hope until at least Wednesday–and perhaps much longer–to get the boat dislodged.  A remarkable 706,000 cubic feet of sand is estimated to need to be dredged out of the canal to dislodge the massive boat from the canal walls.  Uneven forces currently acting on the ship at the middle and ends could end up splitting the boat in two, and the tall top-heavy nature of the boat combined with those forces holding it in place could also cause it to capsize.  Today, there is hope that tidal forces could be used to elevate the boat enough to get it out, but it would be quite an optimistic outcome.

Many hilarious memes have been generated by a fake Ever Given Twitter account about the event. Still, it is quite a serious issue that will dramatically affect the globe–The West in particular.

The Ever Given is one of the largest container shippers in the world.  Global Covid restrictions last year (intentionally?) induced a massive container and shipping crisis on global trade that has sent prices soaring and left many supply chains suffering to get products to their intended destinations.

80% (by volume) of all global trade is done through waterways.  Not all of it goes through the Suez, but experts at Moody’s suggest that 10%-15% of all global container throughput will be affected while the boat is stuck in the Suez canal.  This translates to losses of about $10 billion per day, or a stunning $400 million per hour in trade of all kinds of goods that can no longer be shipped through the canal or have to pay more to travel 15,000 extra miles to get around Africa.

This has already caused severe stresses on the global economy, causing prices in the market to shoot up and stocks to decline this week.  Here is a list of what is stuck at the canal today, not including all the ships that have rerouted around The Cape of Good Hope at the southern tip of Africa, which could take an extra 25 days to ship along with a lot more fuel.

The prices of your goods and your oil due to shipping costs are skyrocketing due to this event, crushing poor and middle-class people around the world.

Now, the question has arisen: was this an act of malice?  We do not know yet.  However, whoever was controlling this massive and important ship seems to have committed a few extremely suspicious acts before sticking his boat in the Suez Canal:

According to this recorded time-lapse of the GPS location originally by VesselFinder of the Ever Given (with a Hans Zimmer Pirates of The Caribbean soundtrack for good measure), the boat path appears to have drawn a penis, testicles, and derriere before entering the narrow Suez canal and getting stuck.

Snopes is saying that “this is a genuine image showing the route of the Ever Given cargo ship as it waited its turn to enter the Suez Canal. However, as of this writing, there’s no evidence that this ship intentionally took this route to make a funny GPS drawing.”

But that isn’t all.  Apparently, the Ever Given may have also cut ahead in line in front of another ship, The Denver, in order to race into the canal and ground itself.

How the fuck do you jam a ship sideways in the Suez canal https://t.co/D2teVvkRg6

Maersk Denver crew has reported that EVER GIVEN actually tried to cut them off which in part contributed to what happened, which if true, is a colossal fuckup.

Oftentimes, when large ships reach a port–especially very large ones like The Ever Given–a harbor pilot is assigned to a boat.  His job is solely to know that port or canal inside and out and pilot ships through so this doesn’t happen.  We do not know if this is the case in The Suez, but why on earth wouldn’t a harbor pilot be used in such a vital waterway with one of the largest ships in the world? Why do we not yet know who the pilot is?  And, why did another ship lose power just after the Ever Given went into the canal?

What do you make of all this, Reader?  Is this a targeted attack?  Is it just an irreverent ship captain killing time while waiting his turn to enter a canal on a dare and then getting caught in the wind?  Or, is this a genital middle finger to Western trade cleverly designed to disrupt–and eventually collapse, global markets before The Great Reset by 2030?

This would be a perfect economic attack on The West.  It would be a great way to devastate Western economies while providing cover to already skyrocketing prices of goods as the value of the US dollar inflates and declines due to forced Covid restrictions and the unfathomable amounts of stimulus spending that mostly does not go to the people.

2 thoughts on “Ever Given: Global Prices Soar As Enormous Ship Draws Penis In The Red Sea…Then Gets Stuck in the Suez Canal”