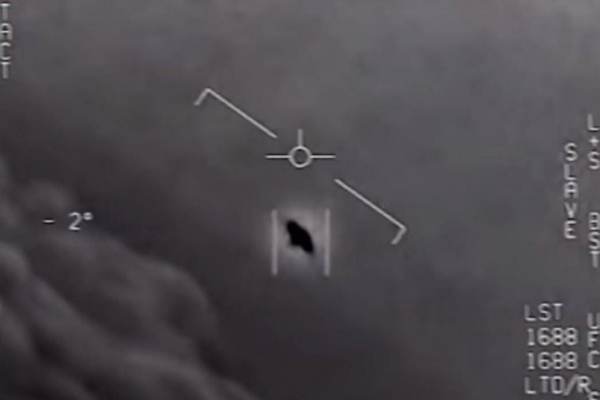 Mystery UFOs reportedly hovered over US Navy destroyers off the California coast back in July 2019 according to newly released information.

The USS Kidd reported “unwhite light identified hovering over the ship’s flight deck” according to the ship log entries.

Mysterious flying objects repeatedly harassed three US warships off the coast of California in 2019 — at one point matching the speed and bearing of one destroyer for 90 minutes, according to newly released details from the ships’ logs.

The unidentified crafts, described in the logs as “Unmanned Aerial Vehicles,” buzzed three destroyers for several days, according to records obtained by the news site The Drive through the US Freedom of Information Act.

As many as six of the drones swarmed around the USS Kidd, USS Rafael Peralta and USS John Finn over several days in July 2019, at times performing “brazen” maneuvers, the report said.

As many as six “unidentified crafts” flew around the warships at a time in often low-visibility conditions near Southern California’s Channel Islands over several days.

Several drones repeatedly swarmed Navy destroyers off the California coast in July 2019, and it remains unclear who was behind the brazen nighttime flights, according to a report on the website The Drive, quoting ship logs.

As many as six drones flew around the warships at a time in often low-visibility conditions near Southern California’s Channel Islands over a number of days, with the drones flashing lights and prompting security precautions onboard, according to the report.

The report was based mainly on Navy ship logs The Drive obtained through a Freedom of Information Act request, as well as publicly available ship tracking data. A documentary filmmaker, Dave Beaty, first uncovered some details about drone flights around the USS Kidd, a Navy destroyer, the report said.

The Navy did not respond to a request for comment.

The episode raised the possibility of a serious security breach.