‘It could destroy our country’: Donald Trump slams Biden for border crisis in response to speech 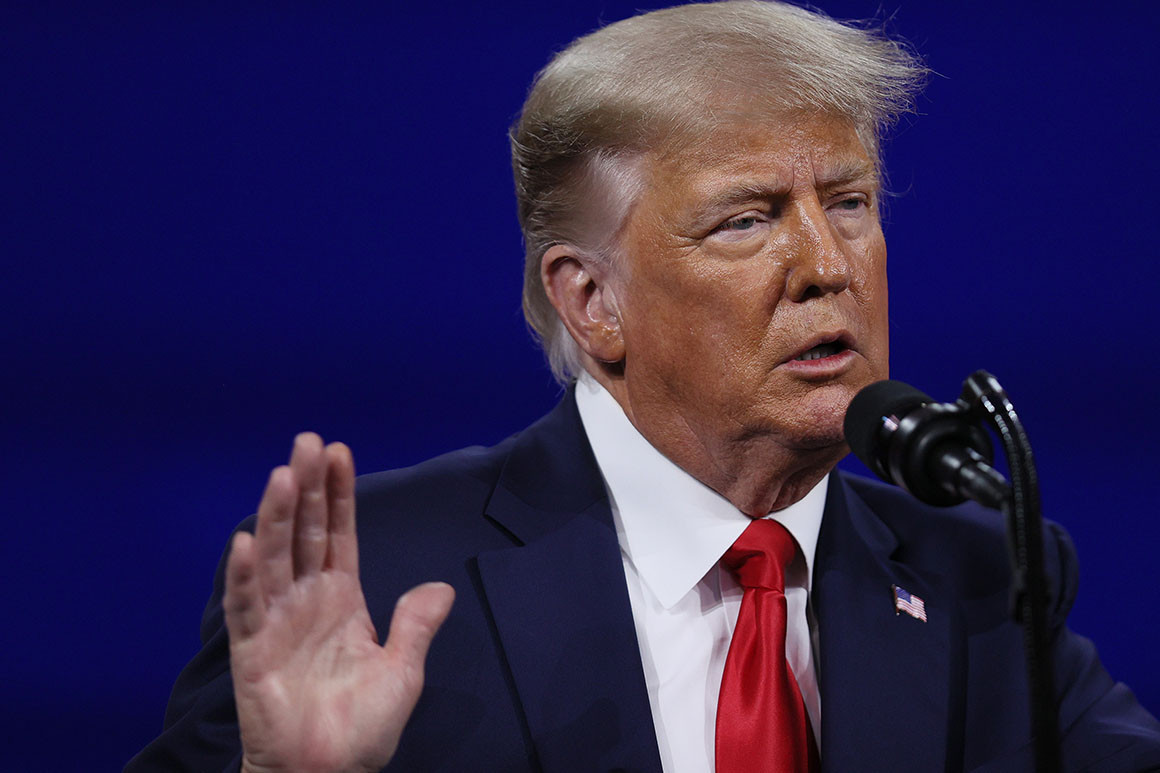 Former President Donald Trump warned that the immigration crisis “could destroy our country,” blaming the Biden administration for the recent surges at the southern border.

“It could destroy our country if it keeps going, and the longer it goes, the harder it is to stop,” Trump said in a Thursday interview with Fox Business’s Maria Bartiromo, responding to President Joe Biden’s address to Congress on Wednesday evening.

The former president also criticized Biden for failing to adequately emphasize the border in his speech.

“He didn’t discuss the border and the fact that tens of thousands of people are pouring into our country, many of them criminals, many of them people from jails, many of them doing acts that you don’t even want to know about,” Trump said.

In his address, Biden blamed the previous administration for the mass migration but remained vague in his comments.

“When I was vice president, I focused on providing the help needed to address these root causes of migration. It helped keep people in their own countries instead of being forced to leave. Our plan worked. But the last administration shut it down,” he said.

Trump pushed back against the criticism, insisting his decision to cut aid to El Salvador, Guatemala, and Honduras in 2019 cleaned up the southern border.

“I was giving them nothing, and they took back everyone that we wanted,” the former president said, slamming the Biden administration for boosting aid to the three Northern Triangle countries.

Aside from immigration, Trump criticized Biden’s plan for tax increases, which the president boasted about during his speech Wednesday.

“It raises the revenue to pay for the plans I’ve proposed that will create millions of jobs and grow the economy,” Biden argued. “When you hear someone say that they don’t want to raise taxes on the wealthiest 1% and on corporate America, ask them: Whose taxes are you going to raise instead, and whose are you going to cut?”

Trump insisted on Thursday that the plan would “drive all of these companies and all of these jobs out of the United States.”

Trump also criticized the Biden administration with respect to coronavirus vaccinations, calling officials “ungracious” for not recognizing his role in vaccine development. He added that the Food and Drug Administration “blew it” for recommending that states pause their administration of the Johnson & Johnson vaccine on April 13.

“They should have never done a pause. … They want everybody to get a vaccine, and then they do a pause,” he said.

4 thoughts on “‘It could destroy our country’: Donald Trump slams Biden for border crisis in response to speech”