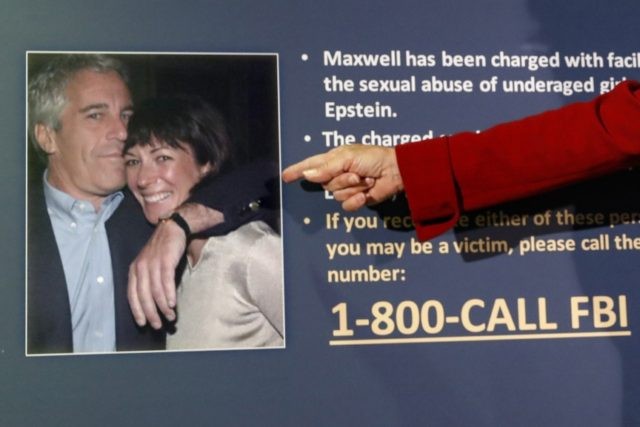 U.S. District Judge Alison Nathan agreed to multiple redactions proposed by Maxwell, while okaying a majority of the redactions requested by government lawyers.

Judge Nathan did side with Maxwell on several additional redactions proposed to transcripts submitted as part of the government’s filing, finding that to make those details public would only tend to cater to an appetite for the “sensational and impure.”

“Those portions of the transcript, which were redacted in the civil matter, concern privacy interests and their disclosure would merely serve to cater to a ‘craving for that which is sensational and impure,’” she wrote. “The Court thus concludes that such redactions are justified.”

Several other redactions proposed by the government were rejected at Maxwell’s request after Judge Nathan found that prosecutors failed to provide a reasonable basis “as to why its investigation at this stage of the matter would be imperiled by the disclosure of the information regarding how it obtained the information in question, and the requested redactions are far from narrowly tailored.”

The development comes after Maxwell’s attorneys filed motions in January urging the court to dismiss charges that she recruited victims for the now-deceased Epstein.

“The government thus violated Ms. Maxwell’s Sixth Amendment right to be indicted by a grand jury drawn from a fair-cross section of the community,” a motion stated. “At no point… has the government alleged that Ms. Maxwell engaged in any unlawful conduct in the White Plains Division, or that any overt act in furtherance of the alleged conspiracies occurred in the White Plains Division.”

In February, Maxwell lost a bid to keep secret an excerpt from a 2016 deposition regarding sex toys.

US District Judge Loretta Preska already released large portions of the July 22 under-oath interview related to a now-settled suit from Jeffrey Epstein accuser Virginia Roberts Giuffre, but the British socialite’s lawyers had asked the judge to keep 20 lines of the document under wraps. But Preska said Monday that they couldn’t. […] Maxwell’s lawyers had argued that the excerpt should be kept sealed to keep “private the details of her own consensual, sexual activity.”

“There is no reason not to unseal this portion of testimony,” Preska stated. “While the court acknowledges Ms. Maxwell’s interest in a fair criminal trial, Ms. Maxwell can argue all her points to the presiding judge in her criminal trial, as she has already.”

“It does not relate to private sexual activity of consenting adults, but only to massages,” the New York City judge added. “Any private interest she has in sealing this portion of testimony does not outweigh the presumption of public access that attaches to it.”

In December 2020, Maxwell was once against denied bail, citing her status as a serious flight risk.

Judge Nathan said Maxwell poses a serious flight risk due to her wealth and holding citizenship in more than one country.

“The Court … finds that the Defendant’s proposed bail conditions would not reasonably assure her appearance at future proceedings. The Court concludes that none of the new information that the Defendant presented in support of her application has a material bearing on the Court’s determination that she poses a flight risk,” Nathan wrote in the ruling.

Maxwell, 58, is in a federal lockup in Brooklyn awaiting a July trial on charges that she recruited three teenage girls in the 1990s for Epstein to sexually abuse.

She has pleaded not guilty. Epstein killed himself in a Manhattan federal jail in August 2019 as he awaited trial on sex trafficking charges.

The Associated Press contributed to this report.

One thought on “Judge: Certain Ghislaine Maxwell Details Too ‘Sensational and Impure’ for Public Release”