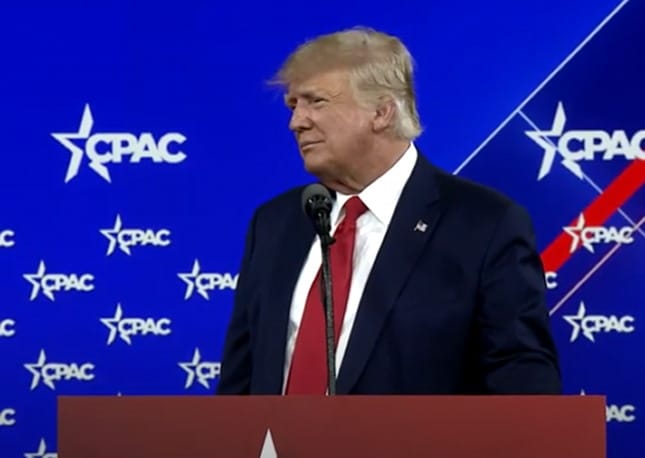 Trump Derangement Syndrome is real. We know this because the media proves it on a near daily basis.

One of the editors of the liberal media outlet ‘Politico’ recently wrote how the Constitution must be rewritten in order to stop Trump.

These people are insane, and they would burn the country to the ground to keep Trump out of office.

Politico founding editor John F. Harris declared “The Best Way To Save The Constitution From Donald Trump Is To Rewrite It” in a Thursday column.

Harris claimed that the former president, though “a constitutional menace,” exploited the Constitution’s “defects” in order to hold his position. For the sake of holding back a second Trump term as well as promote several progressive causes, he wrote that working around the Constitution might become a necessity.

“Correcting or circumventing what progressives reasonably perceive as the infirmities of the Constitution, in fact, seems likely to be the preeminent liberal objective of the next generation. Progress on issues ranging from climate change to ensuring that technology giants act in the public interest will hinge on creating a new constitutional consensus. Trying to place more sympathetic justices on the Supreme Court is not likely to be a fully adequate remedy,” Harris wrote.

He added, “There are more fundamental challenges embedded in the document itself — in particular the outsized power it gives to states, at a time when the most urgent problems and most credible remedies are national in character.”

The people on the left do not like America as founded. They want it to be a different country.

They will do almost anything to prevent Trump from ever holding office again.