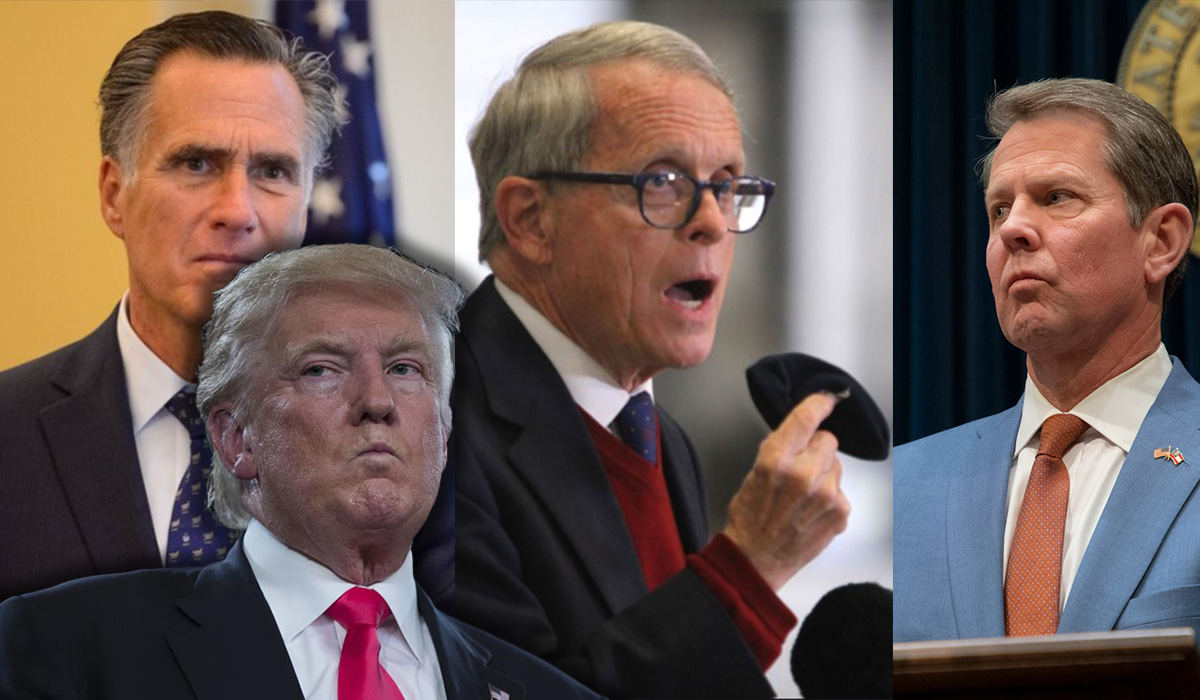 When Republicans across the nation needed help to boost their popularity during an election, they knew they could rely on President Trump to have their backs. Even two-faced, insanely jealous Republicans like Mitt Romney got the backing of the most powerful Republican since Ronald Reagan during his run for US Senator in Utah.

The Red Elephants – Many republicans that hold office today, were elected solely because of the support from President Donald Trump. Now that they hold office, many of them have completely turned their backs on the President, even going so far as to publicly call for him to concede the election to Joe Biden before any audit can occur.

Governor Brian Kemp of Georgia for example owes his entire election victory to President Trump. Since November 4th, Kemp has done little to help the President in his fight to overturn an election that most Republicans and a plurality of Americans agree was stolen.

Lin Wood, who’s been fighting to uncover voter fraud in Georgia, has been threatening that he will expose ties to Dominion with Governor Brian Kemp, whose former chief of staff is a top lobbyist for Dominion and Republican Secretary of State Raffensperger.  Wood has also been coming down pretty hard on Rep. Doug Collins for abandoning President Trump.Rep. Doug Collins, formerly a staunch defender of President Trump, has remained silent on the battle Trump and his lawyers have been fighting in GA. conceded to GOP rival Sen. Kelly Loeffler (R-GA) on the eve of the election.

What kool-aid did @RepDougCollins drink?

Doug used to fight for @realDonaldTrump & We The People.

Now Doug refuses to fight. He is MIA.

Cowardice must have been in the Kool-Aid.#FightBack

“I’m ashamed that I endorsed him.”pic.twitter.com/ZwkOQ7jGtK

Governor Mike DeWine of Ohio, who Trump brought up on stage during his rallies on several occasions, is another Turncoat according to Trump’s supporters. Recently DeWine urged President Trump to allow a peaceful transfer of power to Joe Biden.

Outside of Kemp and DeWine, there are countless others who refuse to support Trump in his challenging of the election, and the list has been growing over the past several days.

Edited Wednesday, Dec 2, 2020: Let’s not forget to add Attorney General Bill Barr to this extensive list. They will pay!

Here’s a list of elected republicans who either have directly called for Trump to concede, called for a peaceful transfer of power and for Biden to receive intel briefings, or outright attempting to sabotage any real audits of every single signature and vote.