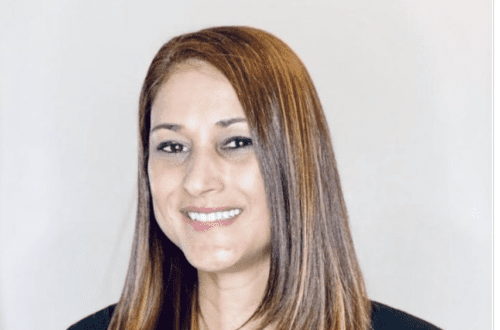 Last week, we reported on a Texas woman aggressively arrested at a Bank of America branch for not wearing a mask. The mask mandate had been removed when this happened. There is another case of a 6-year-old being taken from her mother because her mother didn’t wear a mask. The overzealousness of the mask Nazis is dangerous to a free America. Both of these arrests should result in huge lawsuits against the perpetrators.

Gateway Pundit’s Cassandra Fairbanks is reporting exclusively that a “New York City judge has removed a 6-year-old girl from her mother because she did not wear a mask while dropping her off outside of the school.”

Dr. Micheline Epstein (pictured below) was dropping her daughter off when the incident happened outside at Birch Wathen Lenox School is on the Upper East Side of NYC.

Dr. Micheline Epstein, Refused to Wear a Mask Outside on the STREET

As Epstein described the incident to Fairbanks, she had already dropped her daughter off at school, and that’s when the school nurse and security asked Epstein to put on a mask. Epstein refused and what happened next is tragic.

“No one got physical or anything; she just refused to wear the mask. They were outside on the public sidewalk,” Dr. Epstein’s boyfriend Jeff Guttenplan explained, adding that the daughter was wearing a mask because they are required to go inside.

The mother explained that the school nurse had come out and was aggressively demanding that she put on a mask, but she was already leaving and did not accept it. “The next thing I know, my daughter is taken away from me.”

Dr. Epstein is involved in a bitter divorce and had shared visitation s with her spouse. After the incident, she received notice that the school was no longer allowing Dr. Epstein to drop her daughter off. Her husband used the mask incident to ask for full custody of their daughter. This was devastating news to Dr. Epstein:

“She’s the love of my life,” Dr. Epstein told the Gateway Pundit while trying, and failing, to hold back her tears. “It’s horrible. Please help us.”

Additionally, the court decided that the mother is not permitted to remove her daughter from the expensive school — and told her that she does not have a choice in the matter. She is currently working three jobs to pay for not only her daughter’s expenses but the six lawyers she hired to fight what she is referring to as the kidnapping of her child.

Forced to wear a mask

To get two supervised visits with her daughter per week, she will need to wear a mask inside her own home.

Dr. Epstein said that those who wish to help her can email the school and the judge (mcooper@nycourts.gov) to help advocate for her. She has also launched a GiveSendGo fundraiser to help cover the mounting legal expenses.

An NYC judge has taken away my daughter, giving indefinite full custody to my husband, who has dragged me through a bitter divorce proceeding for over a year. I dropped my daughter at school last week and was attacked by the school nurse and head of security for not wearing a mask IN THE STREET where pick up and drop off takes place. I refuse to wear a mask, and so strongly stated at the time. My daughter was already inside, and no profanity was used on my part. Within minutes the school had notified me, my husband, and all lawyers involved that I, the child’s mother, will no longer be permitted to pick up or drop off my own daughter…in effect kidnapping her!! Minutes after this, the letter was used to schedule an emergency hearing with the judge. The judge berated me, calling me crazy, and gave indefinite, full custody to her father. I am badly in need of funds to help right this wrong and get my daughter back. Today is her birthday.

“The only thing I want is for people to stand up already and stop with this nonsense.” – Dr. Micheline Epstein.