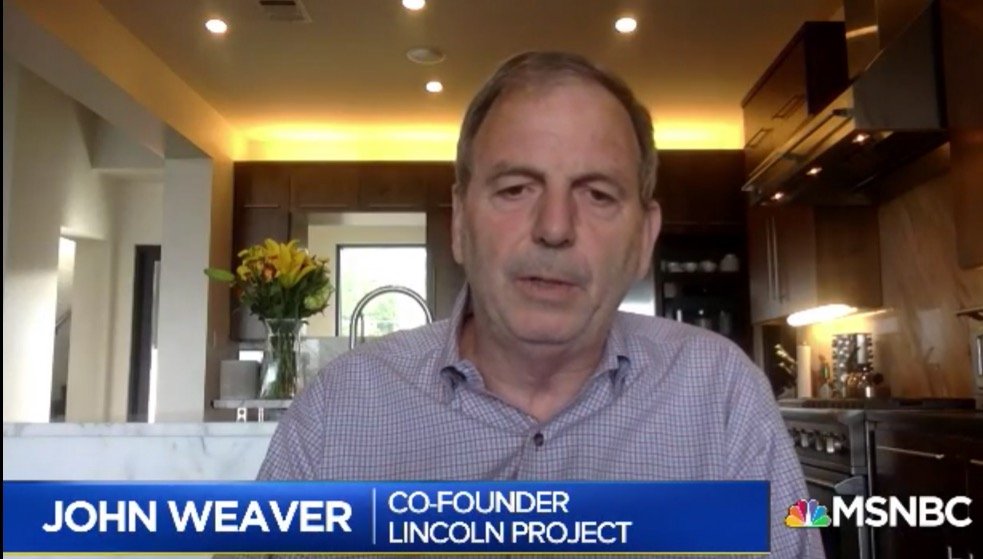 The Never Trumpers at the Lincoln Project are scrambling to put out fires after one of their married founders was caught sending sexually explicit messages to young men.

21 men accused Lincoln Project co-founder John Weaver of online harassment, according to a report by the New York Times.

The youngest victim the New York Times spoke to was just 14 years old when John Weaver started messaging and grooming him.

21 men told me John Weaver, a Lincoln Project cofounder, sent them inappropriate messages, including explicit offers of professional help in exchange for sex. 11 of them spoke on the record — far more than I could detail in one article. w/ @dannyhakim https://t.co/agnfQZubW5

The New York Times says the evidence of Weaver’s online harassment is well documented and backed up by screenshots and ran between 2015-2020.

It was an open secret but the Lincoln Project is acting like they had no idea Weaver was grooming young men, including underage teen boys.

“One of the most extraordinary things was how much of an open secret this was among the men Weaver commonly targeted — young, gay men interested in politics. Three men told me they’d described the harassment to a friend and the friend guessed it was Weaver,” NYT reporter Maggie Astor said.

Rumors of John Weaver’s years of grooming young men was circulating social media for the last few weeks, but the Lincoln Project could no longer ignore the allegations once the New York Times published their report.

“John Weaver led a secret life that was built on a foundation of deception at every level. He is a predator, a liar, and an abuser. We extend our deepest sympathies to those who were targeted by his deplorable and predatory behavior. We are disgusted and outraged that someone in a position of power and trust would use it for these means,” the Lincoln Project said in a statement Sunday morning.

The Lincoln Project claimed they are “absolutely shocked and sickened” by Weaver’s behavior.

Who actually believes the Lincoln Project had no idea what John Weaver was doing all these years?

John Weaver released a statement in response to the allegations and said he believed the messages he was sending back and forth to the young men were “consensual.”