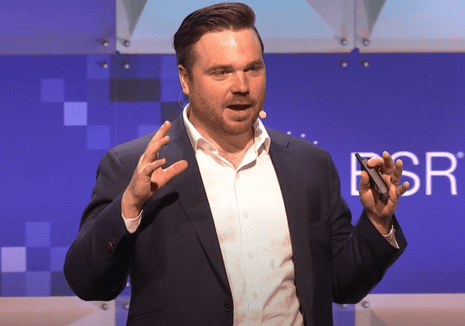 It used to be that the newspapers like the New York Times would get everything wrong one day, and then do meager corrections the next day to atone, which Christopher Hitchens explains brilliantly.  Now, they intentionally write atrocious trash all day every day with the purpose of destroying America.

What Saul Alynski taught every progressive is that they must first create a crisis–real or imagined–and then solve that crisis.

The establishment swamp on the left and right has done just that in creating a ‘reality crisis.’  In this crisis, people have difficulty determining what is real and what is fake.  This is because media continually bombards them with false news that is blended with real news, unscientific data blended with truth, and one-sided perspectives that completely ignore facts on the other sides of issues.

Not only does this destroy any sense of balance in society, but it makes people who do find outlets to get a balanced view of reality seem crazy to these brainwashed masses.  These brainwashed automatons, dubbed NPCs, are unable to accept any outside truths because they have been trained for too long that their faith in failed institutions is actually an absolute fact.  And they have also been trained that all other information is suspect or false.

Now, after creating this reality crisis, the fascist corporatist establishment is openly defining the solution to the problem it created.

Yes, they really are out to get you for your thoughts.  It is as though they want to prove my Banana Republic epithet is true at any cost.  This is literally what all totalitarians end up doing, like those in Banana Republics.

Don’t worry, the New York Times has solution to  evolve the problem:

Kevin Roose begins by insisting–despite mountains of convincing evidence and a fantastically comprehensive and obvious Chinese Communist party coverup in conjunction with the Chinese puppet WHO and world leaders–that the Covid19 virus did not originate in a lab, much less a Chinese one:

“Hoaxes, lies and collective delusions aren’t new, but the extent to which millions of Americans have embraced them may be. Thirty percent of Republicans have a favorable view of QAnon, according to a recent YouGov poll. According to other polls, more than 70 percent of Republicans believe Mr. Trump legitimately won the election, and 40 percent of Americans – including plenty of Democrats – believe the baseless theory that Covid-19 was manufactured in a Chinese lab.”

Mr. Roose, like most progressives, then usurps the language of reality in order to stab reality in the back:

“How do you unite a country in which millions of people have chosen to create their own version of reality?” he says, as if completely oblivious to the fact that it is him who is brainwashed–or perhaps intentionally doing the brainwashing.

Once he tricks his reader with this truth that has falsely applied, he must use his readers to attack his enemies.

One way that progressives like Roose do this is by attacking the people who were at the capitol on January 6th 2021 (not necessarily the handful of rioters, but all the 1 or 2 million people from Trump’s speech as well), who just so happen to be their political opponents.  In banana republics, political opponents are weeded out and destroyed using shaming and corrupt military forces.  During the Biden Administration, political opponents have conveniently labelled all as “domestic terrorists” and “the enemy within” that must be weeded out and destroyed with an unending military occupied force and an unconstitutional and baseless DHS warrant.

Does this send an existential terror through your body yet?  It should.

After a year of unending leftist Black Lives Matter and Antifa riots on progressive cities around the country that caused dozens of explicit deaths, thousands of implicit ones due to the enormous unprecedented crime spikes, billions in damages, incitement by progressive leaders around the country, and complete destruction of small businesses and societal fabric, the New York Times wants you to believe that a few dozen people who committed comparably trivial violence at an inexplicably unsecured capitol building for a few hours on one day at the Capitol on January 6th is the real existential threat to America.

Does that make any logical sense to a critically thinking person on any side of the isle?

Roose is not just delusional.  One might consider him a traitor to his country, seeking to brainwash the American masses against their own interests and against America using his powerful platform at the NYT.  But, we won’t hold our breath waiting for the DHS memo about this leftist clown being a terrorist.  Instead, we will continue to hear single-orifice skin-suits like him vomit out totalitarian verbal diarrhea like this:

Several experts I spoke with recommended that the Biden administration put together a cross-agency task force to tackle disinformation and domestic extremism, which would be led by something like a “reality czar.””

Experts?  Experts in what?  Authoritarianism?  Global Technocratic Oligarchies?  All that is required for these NPC’s to believe somebody is if they hate president Trump.  They are trained like Pavlov’s dog to a dinner bell.  But, Roose isn’t done yet:

This task force could also meet regularly with tech platforms, and push for structural changes that could help those companies tackle their own extremism and misinformation problems. (For example, it could formulate “safe harbor” exemptions that would allow platforms to share data about QAnon and other conspiracy theory communities with researchers and government agencies without running afoul of privacy laws.) And it could become the tip of the spear for the federal government’s response to the reality crisis.”

So, the secret to resolving the massive tech censorship and election manipulation is more collusion with government and Big Tech in perpetuity?

Does that make sense? Only to someone who wants to rule over everyone else. In their minds, the more centralization of this thought policing the better.  It is efficiency that always wins over humanity, because what could possibly go wrong:

“Right now, these experts said, the federal government’s response to disinformation and domestic extremism is haphazard and spread across multiple agencies, and there’s a lot of unnecessary overlap.”

““…If each of them are doing it distinctly and independently, you run the risk of missing connections, both in terms of the content and in terms of the tactics that are used to execute on the campaigns,” Ms. DiResta said.

So, the real threat in the delusional reality of Mr. Roose and progressives is decentralization and compartmentalization of government so it doesn’t get too powerful–the precise principles on which America was founded.

That is all you need to know about these anti-American worms like Roose.  They simply hate America and disagree fundamentally with its very essence and core principles.  And, instead of leaving and going anywhere else in the world that accepts authoritarianism, they hang out here because they want to see their opponents go down and bask in the glory of their demise.

And they absolutely know they are doing this:

“It sounds a little dystopian, I’ll grant. But let’s hear them out.” he says casually and unironically while promoting absolutely dystopian nightmare scenarios to deal with his ideological opponents.

In a free society–which America is no longer–he should be able to say whatever wacky thing he wants.  But, when a handful of people control all of government, business, speech, and your ability to work and even exist within society, that is a tyranny that the founding fathers spoke of when they designed this country.

It is precisely what they fought against, regardless of the new technologies that empower tyrants so much more than ever before.