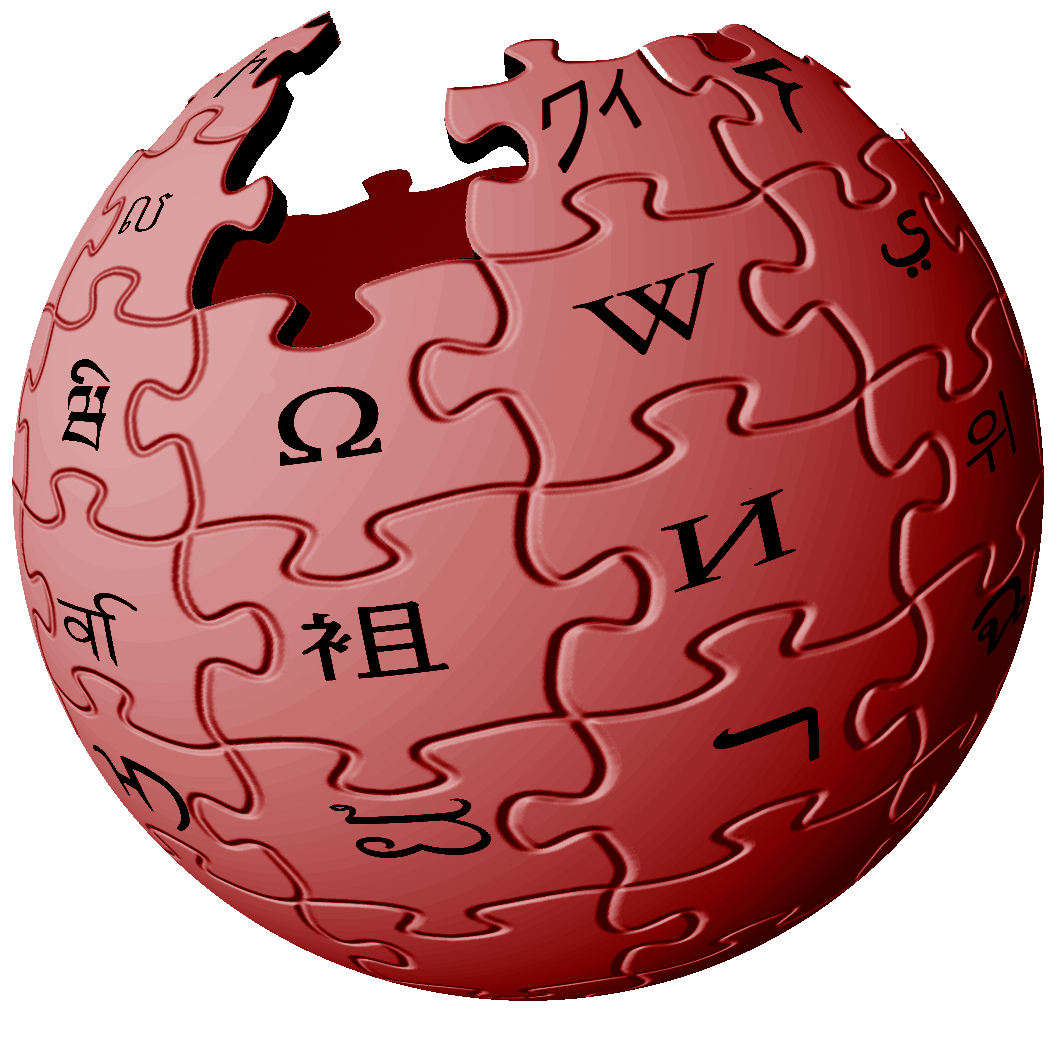 After the January 6 Capitol riot, Wikipedia editors distorted the facts of the event and even categorized it as a “coup” despite objections. Editors have also misrepresented the fraud allegations surrounding the 2020 election and supporting evidence in order to discredit them. Several editors have even been banned due to comments criticizing Wikipedia’s bias on each subject.

Many Wikipedia editors have also pushed for other inflammatory characterizations of Trump’s election challenges and the Capitol protests and riot, though the worst characterizations have generally not been presented as fact due to intensely divided discussions.

Disputes over how to characterize the Capitol riot were the first battle on Wikipedia about the subject, a battle which began as the Capitol storming occurred and in its immediate aftermath. Initially, the article referred to the event as a Trump rally before the page was retitled to call them “protests” and then settling on “2021 storming of the United States Capitol” as the current title. Several editors had created articles on the event within the same hour. One referred to it as a “coup d’état attempt” and another called the protests “riots” in the title.

Characterization disputes over the Capitol storming continued beyond just disagreements over the article title. Editors have also categorized the page under “coup attempts” and added several navigation boxes listing it as one of several “coup attempts” at the bottom of the page. One editor even created a category specifically for “coups d’état and coup attempts in the United States” to add to the page, though the category stretched the meaning to include coups in the territory of the modern United States, even when the coups preceded the existence of the country. When one editor tried to remove the coup categorizations, Travis Mason-Bushmann or “NorthBySouthBaranof” on Wikipedia, restored them.

Editors have had nearly a dozen discussions on renaming the article since it was moved to its current title. Some were closed for procedural reasons, while others saw discussion stale-mating or rejecting specific alternatives such as “riot” with the current title remaining. Despite the page being categorized under “coups” and having several coup-related navigation boxes, an “ongoing analysis” of sourcing on the article’s discussion page argues against coup as the proper term for the storming of the Capitol with no clear consensus on alternatives. However, editors have also not agreed on halting rename discussions.

The contentious debate over describing the violence at the Capitol protests and subsequent storming of the building has prompted several editors to be sanctioned for criticizing harsher labels. Editor “Display name 99” objected to calling the protests “riots” by noting protests last year following the police-involved death of George Floyd were not labeled as such on Wikipedia despite much greater violence and destruction than at the Capitol. Display also defended the Proud Boys group who engaged in some of the violence at the Capitol as mostly acting in self-defense and stated their concerns about the election were more legitimate than the complaints of the Black Lives Matter movement.

For these comments, an editor reported Display arguing the editor should be banned indefinitely for supporting “a known white supremacist group” and using a “racist talking point” because he unfavorably referenced globalism in his remarks. One editor jumped to support the ban by claiming Display was “not here to edit an encyclopedia” only to retract the remark after realizing Display had brought two articles on American Presidents up to “featured” status on Wikipedia, the site’s highest quality standard. While the discussion was initially divided, an administrator banned Display after he expressed support for most of the protestors who stormed the Capitol.

Although claiming the ban was not about Display’s politics, editors have previously supported left-wing violence with impunity. One socialist editor celebrated Antifa terrorist Willem van Spronsen’s attack on an ICE detention facility. Guy Chapman, then an administrator with special privileges on Wikipedia, responded to the Antifa murder of Trump supporter Aaron Danielson by calling Danielson a “fascist” with administrator Doug Weller seemingly agreeing. Support for Antifa is common among editors frequenting the page. Chapman resigned as an administrator late last year after banning an Antifa opponent from the group’s page in apparent violation of site policy, though he denied his resignation was related and suggested it was temporary.

In another discussion about labeling the Capitol storming “terrorism” one editor objected that being neutral would mean also labeling last year’s rioting terrorism. The editor subsequently stated that the motives of the “two different rioting mobs” were irrelevant and this comment was removed by administrator Michel Aaij, known as “Drmies” on Wikipedia, invoking the “mostly peaceful protests” defense for Black Lives Matter. When editor “PailSimon” repeatedly restored the comment stating Aaij was “not allowed to censor” such opinions, Aaij retorted “yes I am” and temporarily suspended PailSimon’s account. Subsequent discussion largely endorsed Aaij’s actions with left-wing editors even suggesting banning PailSimon, though some editors stated Aaij’s use of his privileges violated policy.

Other than the naming and characterization of the Capitol protests and associated violence, Trump’s speech the same day is also misrepresented with the page’s introduction using the quote “fight like hell” without noting the context was Trump discussing his campaign’s efforts to contest the election. When editors objected to this misrepresentation or suggested noting his stated expectation that people would only engage in peaceful protesting, others rejected these requests by claiming sources deemed “reliable” on Wikipedia did not regularly place the comments in that context. Such arguments follow an understanding of Wikipedia’s verifiability policy that argues “verifiability, not truth” should determine article content.

Feuding over misrepresentation of Trump’s remarks also got editors sanctioned. Editor “Alalch Emis” suggested if sources deemed reliable on Wikipedia were frequently distorting Trump’s remarks, then they should weigh that bias in favor of including more accurate context. Numerous editors again objected that Wikipedia goes by “reliable” sources and claimed this was arguing for prohibited “original research” by “analyzing” sources. When Alalch defended against this claim by stating this was only about noting the more accurate reporting, another editor cited a mocking essay about how to behave on Wikipedia when outnumbered. After Alalch rejected the essay as “pompous” the editor who cited it repeatedly removed the response as a “personal attack” until an administrator temporarily suspended Alalch’s account over “civility” claims.

Bias also affected Wikipedia’s page on Trump’s impeachment trial with the section on the constitutionality of trying former officials extensively detailing legal views supporting the trial’s constitutionality with just one line noting disagreement exists. Sections on the opening and closing arguments of the trial uncritically repeated claims of Democrat House impeachment managers, while Trump’s lawyers were characterized as making “false and misleading” statements. Multiple instances where Trump’s lawyers proved Democrats manipulated evidence, including by repeating the “Charlottesville hoax” to claim Trump had a history of supporting violence and white supremacy, were essentially unmentioned. The closing argument section was cited almost entirely to CNN, an outlet left-wing Wikipedia editors have routinely protected.

Previously, Wikipedia editors misrepresented allegations of election irregularities. In the introduction of the article on the 2020 election, legal challenges and efforts to delay certification to allow for investigations are suggested to have been “an attempted coup.” Among the election fraud claims, the article states a postal worker who told Project Veritas he overheard a postal official talking about back-dating ballots sent after election day “admitted he had fabricated the claim.” However, audio provided by Project Veritas suggested federal agents tried to pressure the worker into changing his statement, but he only allowed that he could have misunderstood. The postal worker nonetheless stood by his original statement to Project Veritas.

Lawsuits regarding the election were similarly misrepresented with one article’s section about a Philadelphia election lawsuit claiming Trump’s lawyers falsely stated election observers were not present during ballot-counting. The lawyer actually objected that only a few Republicans were allowed relative to Democrat observers and were too far away to properly discern what was happening. An article about Trump’s January call to Georgia’s Secretary of State claimed in the introduction that Trump pressured the Secretary into “finding him votes” without noting Trump’s comments were in the context of him calling for more stringent ballot signature verification and citing evidence of fraud, which he believed once investigated would disqualify enough Biden votes for him to win the state.

Similar to the case of the Capitol storming, disputes over election fraud claims got editors supporting right-wing views sanctioned. Editor “Pkeets” was reported last year after accusing editors of bias for smearing attorney Sidney Powell over her controversial lawsuits alleging voting machine fraud. The report also cited Pkeets stating in mid-November that Joe Biden should not be called “President-elect” until confirmed by the Electoral College and merely mentioning in an article a group set up to investigate fraud. Many editors called for banning both Pkeets and the reporting editor, who they claimed was regularly combative, from political articles. However, Aaij closed the discussion claiming support was only sufficient for banning Pkeets.

Wikipedia’s 2020 election coverage received considerable praise from corporate media, who increasingly push Wikipedia’s “reliability” against “fake news” online in keeping with messaging suggested to the site’s owners by the firm belonging to the Clinton Foundation’s public relations head. However, just as Wikipedia editors backed Antifa and the Black Lives Matter movement, they also favored the Biden campaign in keeping with a left-wing bias identified on Wikipedia in numerous studies and analysis and by Wikipedia’s own co-founder. This included censoring coverage of Biden family corruption allegations leading up to the election with relevant pages seeing traffic exceeding the number of votes that decided the outcome.

(Disclosure: The author has previously been involved in disputes on Wikipedia with some parties referenced in this article)