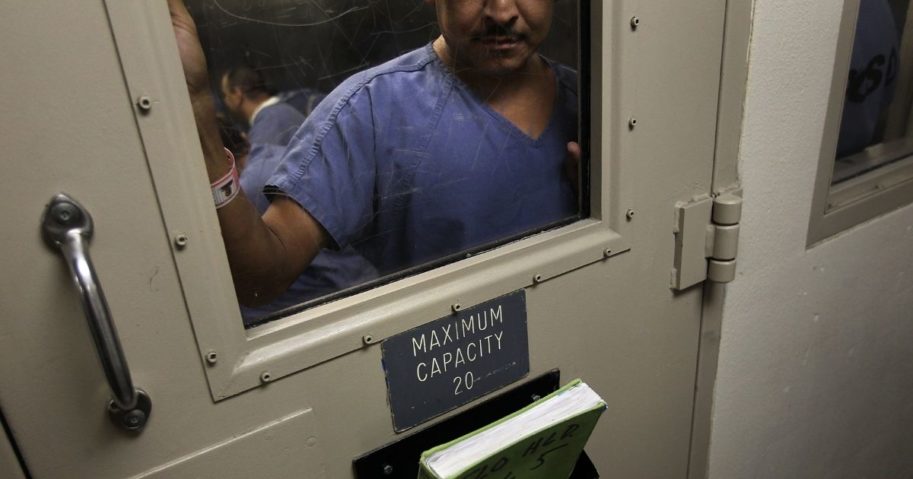 Border-state Republicans are on the warpath against President Joe Biden this week, saying early action from the administration has left local government and law enforcement woefully unprepared to deal with the ongoing influx of migrants at the U.S.-Mexico border.

“The Biden administration has completely blindsided the state of Texas. It is dumping migrants at the feet of state and local officials without proper information and resources,” a spokeswoman for Sen. Ted Cruz told The Western Journal on Monday.

“This is dangerous, especially as migrants are testing positive for COVID at up to 7x the rate of the U.S. population. President Biden must reverse his open-borders policies that have created this crisis and put the health and safety of the American people first.”

The statement follows a weekend riddled with reports of poor conditions and overpopulation at migrant detention centers across the American Southwest, where Biden’s promise of a more lenient immigration policy has fueled an increase in illegal crossings.

Biden’s DHS Secretary Alejandro Mayorkas said today, “We are on pace to encounter more individuals on the southwest border than we have in the last 20 years.”

How much longer will the Biden administration insist there is not a crisis on the southern border?

According to CBS News, government documents reveal a Customs and Border Protection facility in Donna, Texas, was home to roughly 1,800 migrants as of March 2. A staggering milestone not reached in several years, the total represents 729 percent of the facility’s legal capacity amid the ongoing COVID-19 pandemic.

Capacity is not the only standard being violated under the Biden administration, however, with legal counsel to unaccompanied minors housed at the Donna complex saying clients have been held for far longer than the allotted 72-hour refugee resettlement period.

In that time, conditions have been suboptimal as well, according to the lawyers, as nearly all of the minors surveyed said they have taken turns sleeping on the floor and received only one shower. Some even said they “never saw the sun,” prominent immigration lawyer Neha Desai told CBS.

Acting CBP Commissioner Troy Miller pushed back on that narrative in a Wednesday call with reporters, saying the children are being well looked after with welfare checks, blankets, baby formula, hot meals and showers at least every 48 hours.

But a follow-up report from the Daily Mail reveals that with no end to the migrant surge in sight, some inside the Biden administration fear these conditions could become an unwanted reality across the board if Biden does not shift his primary focus to the border, and fast.

Michael Meade, acting assistant director for field operations at Immigration and Customs Enforcement, for instance, is said to have called for “immediate” reallocation of available personnel to the border in an email to senior staff Thursday night. He reportedly went on to say that leadership expects the migrant influx to “grow over the coming months,” should the administration maintain its current course.

Hardly sustainable, the current surge has already led to border crossing totals six times higher than were seen under the Obama administration, according to The Heritage Foundation. Government data reveals more than 75,000 arrests were made at the southwest border in January — a 10-year record for the first month of the year and a 6 percent increase over the previous month. This is not the first month-over-month increase in recent memory, either, with similar surges occurring in the closing months of 2020.

CBP went on to detain and process more than 100,000 migrants in February, with minors representing roughly 10 percent of that population.

An influx of this magnitude has not been seen since May 2019, when a surge resulted in a 13-year high of 132,856 apprehensions. With more than 4,000 migrants arriving daily in the month of March, however, that record may yet be broken in the Biden era.

There is a crisis on the border of Joe Biden’s own making. pic.twitter.com/6WQaGBrcbr

Despite the rising tide and worsening conditions, Biden’s Cabinet has remained in lockstep on immigration, refusing to term the situation a “crisis.”

Frequently slamming the Trump administration for its aggressive agenda on the southwest border, Biden won support from progressives on the 2020 campaign trail by promising “fair and humane” handling of the immigration issue. However, since taking office, the former vice president and longtime Democratic senator has restricted media access to the migrant detention system.

A crisis declaration or humanitarian scandal could yet upset the delicate balance between Biden and the progressive coalition, as well as doom the delayed Democratic effort to push comprehensive immigration reform through Congress.

Moderate Democrats have already fallen through on the White House immigration plan, referring to it as “not quite ready” in recent weeks. And with no restrictions or enforcement provisions in the bill, it is unlikely to bring Republicans to the table — particularly given Biden’s unwillingness to address the scale of the issue.

“When a similar surge happened a few years ago, President Obama himself called it a ‘humanitarian crisis,’ and as I suggested, this is going to get nothing but worse as the spring comes,” Texas Sen. John Cornyn said in a release received by The Western Journal.

“Everything his Administration has done with the Democratic majorities in the House and Senate [has] been partisan so far — everything — whether it’s these unilateral executive orders, some of which have been halted by litigation in the federal courts, or this $1.9 trillion reckless spending package, only about 10 percent of which has to do with COVID-19,” the Republican said.

“I predict that if they continue down this path there’s going to be a huge political backlash, which will install a Republican majority both in the House of Representatives and in the United States Senate, and then Joe Biden will have to deal with that.”

A sizable force of congressional Republicans flanked House Minority Leader Kevin McCarthy of California in a Monday border visit aimed at turning eyes to the region.