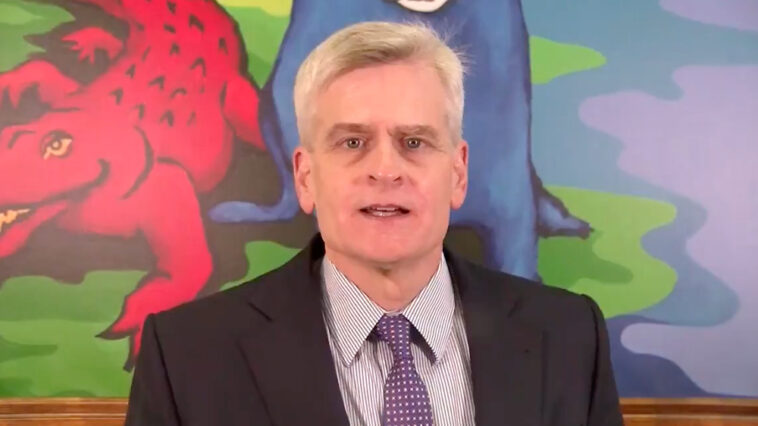 State Republican parties were quick to censor and chastise some of the seven GOP senators who voted to convict former President Donald Trump on Saturday, joining all 50 bloc-voting Democrats and setting at least a few of them up for dicey reelection campaigns.

“Our Constitution and our country is more important than any one person. I voted to convict President Trump because he is guilty,” Cassidy said in a video he posted to Twitter.

Our Constitution and our country is more important than any one person. I voted to convict President Trump because he is guilty. pic.twitter.com/ute0xPc4BH

“The evidence is compelling that President Trump is guilty of inciting an insurrection against a coequal branch of government and that the charge rises to the level of high Crimes and Misdemeanors. Therefore, I have voted to convict,” Burr said in a statement. “I do not make this decision lightly, but I believe it is necessary.”

But state GOP organizations were equally adamant about their opposition to the way some of their Republican senators voted.

North Carolina Republicans sent Senator Burr to the United States Senate to uphold the Constitution and his vote today to convict in a trial that he declared unconstitutional is shocking and disappointing,” NCGOP Chairman Michael Whatley said in a statement.

“The Executive Committee of the Republican Party of Louisiana has unanimously voted to censure Senator Bill Cassidy for his vote cast earlier today to convict former President Donald J. Trump on the impeachment charge,” the Louisiana Republican Party said in a brief statement.

Sasse has faced previous criticism from Republicans in his home state due to his criticism of Trump. Republican groups in at least three Nebraska counties have voted to censure Sasse, the Omaha World-Herald reported. The state Republican central committee is expected to consider at least eight separate resolutions to censure him when it meets next month.

“You are welcome to censure me again,” Sasse said in a video earlier this month, “but let’s be clear about why this is happening. It’s because I still believe, as you used to, that politics isn’t about the weird worship of one dude.”

No, senator, this isn’t about “worship” — it’s about what is and is not correct.

It’s not correct, for instance, that Trump ‘incited an insurrection.’ It’s not correct that he was wrong to assert that the election was manipulated in a way that put him at a disadvantage; Time magazine admitted as much earlier this month. And it’s not correct that Trump’s supporters ‘responded to his call’ to storm the U.S. Capitol, since federal authorities have already determined much of it was preplanned. That would explain the people who showed up with helmets, hammers, picks, and other gear.

That said, Sasse just won reelection so he’s golden for the next six-odd years. So are Cassidy, and Collins. As for Burr and Toomey, they are retiring in 2022 so they’re out anyway. Murkowski is up in 2022 and Romney in 2024.

No doubt those who plan to stay believe their respective voters will have long forgotten what they did Saturday.

But one of their colleagues, Sen. Lindsey Graham (S.C.), isn’t so sure.

He believes their votes and Senate Minority Leader Mitch McConnell’s post-acquittal beat down of Trump will become campaign ads for opponents (including primary opponents).

“I think Sen. McConnell’s speech, he got a load off his chest, obviously, but unfortunately he put a load on the back of Republicans,” Graham said on “Fox News Sunday.” “That speech you will see in 2022 campaigns.”

“I Can Tell You This, His Spirits Are High – He’s on Top of Everything” – Newsmax Host Greg Kelly Tells Audience About his Time with President Trump This Past Weekend