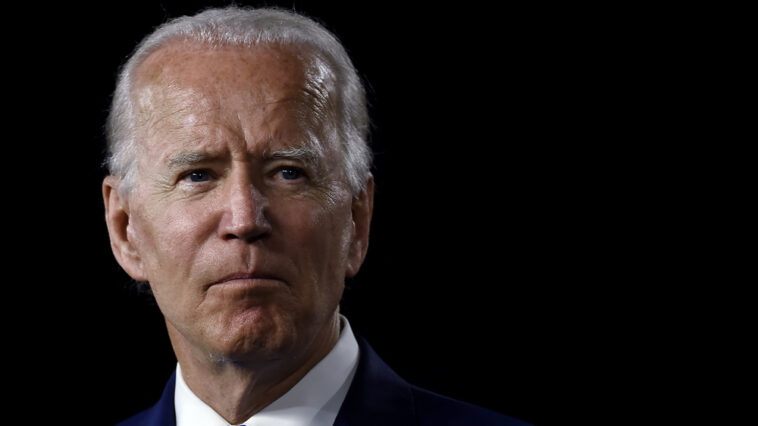 Just three weeks into former Vice President Joe Biden’s administration, it is already clear that he will rule by decree instead of honoring the traditional legislative process.

Quickly discarding his hollow appeals for unity, good old Joe from Scranton has signed off on a series of sweeping executive orders that have rolled back the America first agenda of former President Donald J. Trump and dashed any false notions that he is a moderate.

Now that heavily-militarized Washington D.C. and the one-party state have effectively snuffed out the democratic process at the federal level, it is up to the states to assert their rights against the tyranny of the swamp.

That is what is happening in South Dakota where the legislature is seeking the power to nullify Biden’s orders on the grounds that they are unconstitutional.

NEW: South Dakota Republicans have introduced a bill that would allow them to nullify Biden's executive orders at state level. pic.twitter.com/wajKSX1O6O

South Dakota’s Republican-controlled House is introducing legislation that would allow the state to nullify President Biden’s executive orders if it determines they are unconstitutional.

The bill sets up a process for reviewing the president’s executive orders, which would be submitted to the governor and attorney general so that the attorney general could “determine whether the state should seek an exemption” from the order or have it “declared an unconstitutional exercise of legislative authority by the President.”

The bill targets orders that would “restrict a person’s rights,” specifically pointing to orders related to a “pandemic or other public health emergency” and “the regulation of the constitutional right to keep and bear arms,” among other topics.

South Dakota under the leadership of Republican Governor Kristi Noem has been one of the states that have been able to successfully balance the response to COVID as a public health crisis against the economic well-being of citizens as well as their civil liberties.

With Biden’s pen having already wiped out tens of thousands of American jobs, imposed mandatory mask orders on public transportation and nullified Trump’s tough stance on immigration, the nation has already been radically transformed with more to come.

It is up to the states to reject Biden’s unconstitutional decrees.

Congress itself has no appetite for governing as is evident by the ongoing impeachment circus that continues to hold up an economic stimulus package that would help real Americans. All of this leads us to believe that ruling by executive order will be the standard operating procedure for the Biden regime.

The same Democrats and media talking heads who defended states like Michigan, New York, California, and Pennsylvania who resisted Trump’s appeals to not lock down their citizens will now claim that Noem and other GOP leaders are insurrectionists for taking a stand against Washington’s tyranny. Just watch.