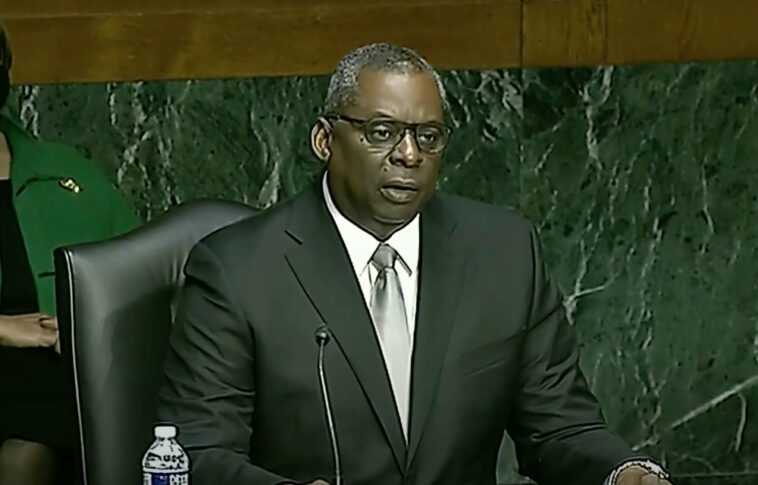 One of the most inclusive, diverse, accepting, and ethnically harmonious institutions left in America is the U.S. military.

The military was the first to officially integrate and destroy racial barriers and integrate the sexes. In sum, the U.S. military is a fantastic place for Americans to learn a skill, serve their country, and get ahead.

But in the short period of time Joe Biden’s handlers have been in charge, suddenly this institution of honor, equality and opportunity has become a haven for ‘white nationalists’ and ‘extremists’ — which just happened to coincide with the appointment of the first black secretary of defense (who himself is a retired four-star Army general and not exactly a ‘victim’ of any sort).

Secretary of Defense Lloyd Austin issued a military-wide stand-down order for the armed forces to have “needed discussions” about extremism in the ranks. The order involves a staggered pause of operations across every branch over the next 60 days, Pentagon spokesman John Kirby announced on Wednesday.

“Today, I met with senior leaders to discuss extremism in the military. As a first step, I’m ordering a stand down to occur over the next 60 days so each service, each command and each unit can have a deeper conversation about this issue. It comes down to leadership. Everyone’s,” Austin noted on Twitter in justifying his order.

Today, I met with senior leaders to discuss extremism in the military. As a first step, I'm ordering a stand down to occur over the next 60 days so each service, each command and each unit can have a deeper conversation about this issue. It comes down to leadership. Everyone’s. pic.twitter.com/wbC21hdHaV

Austin isn’t the only one pushing this fake, phony ‘problem.’

“The issue of extremists — both white supremacists and anti-government extremists like the militia movement — in the military is certainly a real problem and a perennial one. For that reason, it needs to be addressed, because the past few decades have illustrated that it will not go away on its own,” Mark Pitcavage, senior research fellow with the Anti-Defamation League’s Center on Extremism, told CNN.

Fact check from someone who has actually served: No, it isn’t.

People who join are vetted: Arrest records, background checks, social media posts, etc. Most members these days even have to have a security clearance of some level, which involves even more scrutiny.

Do the occasional ‘extremists’ slip through? Yes — including left-wing extremists who believe in Marxism and Communism, like Spenser Rapone, a West Point graduate who was booted from the service after photos of him posing in a ‘Che’ t-shirt were posted online along with a photo of him holding his uniform cap with the words “Communism will win” scrawled inside.

Didn’t hear much about that from the Democrat left though, did you?

Of course not. Because as far as they’re concerned, only ‘right-wing’ Americans and supporters of former President Donald Trump are “extremists” and “white supremacists.”

The worst part about this military ‘wokeness’ is what it’s going to do for morale and for recruitment, which is to say it will harm both.

Shame on this former four-star for going along with this self-destructive charade.