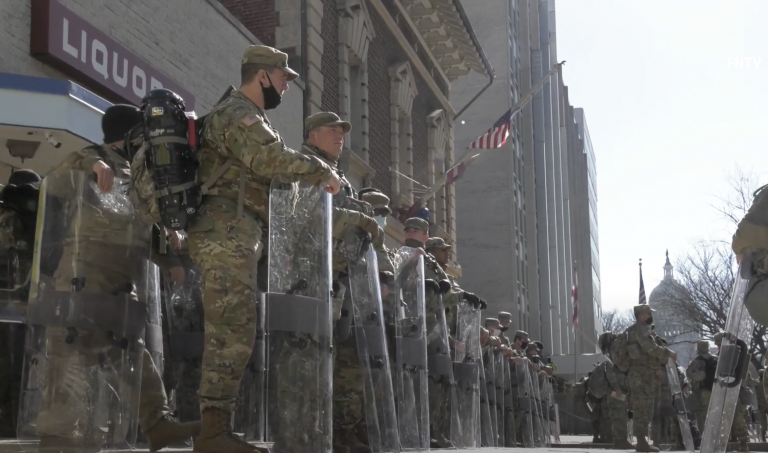 The Pentagon has released some interesting data.

According to the Pentagon one-third of U.S. troops have refused to take a COVID-19 vaccine.

Maj. Gen. Jeff Taliaferro was quoted saying that “acceptance rates are somewhere in the two-thirds territory”.

I wonder when the one-third who opted to not take the vaccine will be forced to take it.

Trending: Is This The Path To a 100M Donald Trump Landslide Win?

Hopefully never but with Biden slinging out executive orders every day it could be possible.

“Our initial look—and this is of course very early data—is acceptance rates are somewhere in the two-thirds territory,” said Maj. Gen. Jeff Taliaferro.

About ⅓ of US #Military troops have so far turned down the #Vaccine for #COVID19, the #Pentagon said. https://t.co/U92TT0Dkf1

A bit surprising – 1/3 of US troops turning down the vaccinehttps://t.co/gN6tbIMaWw

The Epoch Times reported the story, see what they had to share:

About one-third of U.S. military troops have turned down the vaccine for the CCP virus, or the novel coronavirus, said the Pentagon on Wednesday.

Maj. Gen. Jeff Taliaferro, a top official in the Joint Chiefs of Staff, said the military has a two-thirds acceptance rate for the CCP (Chinese Communist Party) virus vaccine.

“Our initial look—and this is of course very early data—is acceptance rates are somewhere in the two-thirds territory,” Taliaferro said in a hearing. “And of course, it varies by different groups.”

Specifically, of about 916,000 doses administered to Department of Defense (DOD) personnel, 359,000 have received at least one dose, while 147,000 are fully vaccinated, said Bob Salesses, who is acting defense secretary for homeland defense and global security, according to the Military Times.

Politico covered the story too:

Approximately one-third of troops have declined to take the coronavirus vaccine so far, Pentagon officials told the House Armed Services Committee on Wednesday.

Maj. Gen. Jeff Taliaferro, the vice director of operations for the Joint Staff, said the military has a two-thirds acceptance rate for the vaccine, meaning as much as a third isn’t taking it. The vaccine is not yet mandatory for service members.

“Our initial look — and this is of course very early data — is acceptance rates are somewhere in the two-thirds territory,” Taliaferro told the panel’s top Republican, Rep. Mike Rogers of Alabama. “And of course it varies by different groups.”

Wow, the military certainly has changed. I was never given a choice when I was serving. Of course, that was 30 years ago, but who’s counting.

About 1/3 of U.S. troops who have been offered a Covid vaccine have declined the inoculation. https://t.co/2Y0gcNh2A5 via @bpolitics

One thought on “Pentagon Says 1/3 Of U.S. Troops refusing The COVID-19 Vaccine”