Ex-Parler CEO John Matze: “I didn’t like the idea of working with Trump” 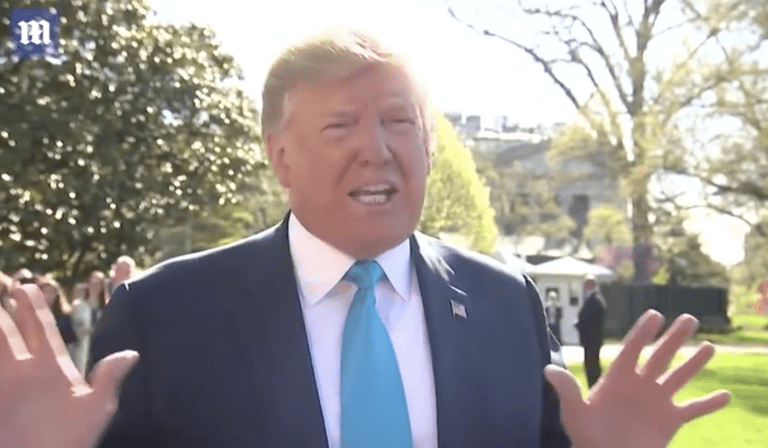 Boy is it a good thing we got rid of this guy, don’t you think?

How much of a moron can you possibly be?

You did NOT like the idea of President Trump coming to your new social media platform?

Are you an idiot?

Or maybe a Deep State plant?

Whatever the case, this guy apparently has shit-for-brains because he was reportedly against the idea of trying to get President Trump to join Parler.

Matze said he believes the former president 'might have bullied people inside the company'https://t.co/1ZE5lbg4vi

Here are more details, from Axios:

Ex-Parler CEO John Matze tells “Axios on HBO” that the social media company’s negotiations last summer to bring President Trump onto the Twitter rival were a lose-lose proposition and never got beyond unsigned, non-binding term sheets.

What Matze says: “I didn’t like the idea of working with Trump, because he might have bullied people inside the company to do what he wanted. But I was worried that if we didn’t sign the deal, he might have been vengeful and told his followers to leave Parler.”

Matze did not mention the Mar-a-Lago meeting when interviewed Thursday by “Axios on HBO,” for an episode airing Sunday. Instead, he said neither he nor other Parler executives had met with Trump or “anyone in the White House” about the former president creating a Parler account.

During a subsequent phone interview, Matze told Axios the Mar-a-Lago meeting was set up by Jeffrey Wernick, an early Parler investor and its eventual chief operating officer. He says it lasted a few hours and that he didn’t sleep over at the private club in Florida where Trump now lives.

John Matze said he didn’t even vote for Trump in 2020!

Why it matters: Never before has a social media startup risen so high and fallen so far in such a short period of time.

Early cracks in the partnership began to form last summer, according to Matze, when there was internal disagreement over how Parler should define “violence” in its terms of service. He claims that he wanted a broader definition than what was ultimately adopted, although he publicly supported the TOS in several subsequent interviews.

One thought on “Ex-Parler CEO John Matze: “I didn’t like the idea of working with Trump””