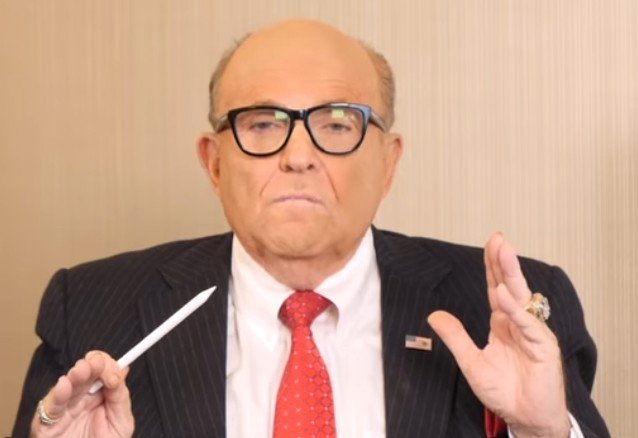 The star attorney for Trump’s legal team in a recent interview said that recent forensic audits have revealed that Dominion Voting Systems were programmed to give Biden a 2-5% lead.

Which makes you think, if you have nothing to hide why block access to the machines?

@RudyGiuliani on @bernieandsid “We believe from what we saw in Michigan that the machines have an inaccurate vote—that they’re programmed to give Biden somewhere between a 2% and 5% advantage.” https://t.co/lcd1koY3e3

Giuliani Says Voting Machines Were Programmed to Give Biden A 2-5% Advantage. https://t.co/gg6UrQ954a

OAN covered the interview and dropped these details:

According to attorney Rudy Giuliani, recent forensic audits found Dominion Voting Machines were programmed to give Joe Biden an automatic advantage over any number of votes for the President.

“We believe from what we saw in Michigan that the machines have an inaccurate vote,” Giuliani said on the Bernie and Sid radio show. “That they’re programmed to give Biden somewhere between a 2 percent and 5 percent advantage.”

The President’s attorney also pointed out that Democrat officials continue to resist subpoenas by state lawmakers to allow a broader examination of voting machines. Giuliani claimed Democrats are obviously hiding the evidence of voter fraud.

“If she’s so confident that we’re so wrong, I don’t understand why [she] won’t let us examine the machines,” Giuliani said. “We won’t do any damage to them, you can watch us, it’s a bunch of military people who would do it… So we’re gonna pursue that, we’re also doing the same thing in Arizona.”

8 thoughts on “Giuliani: Dominion Machines Were Set To Give Biden A 2-5% Lead”