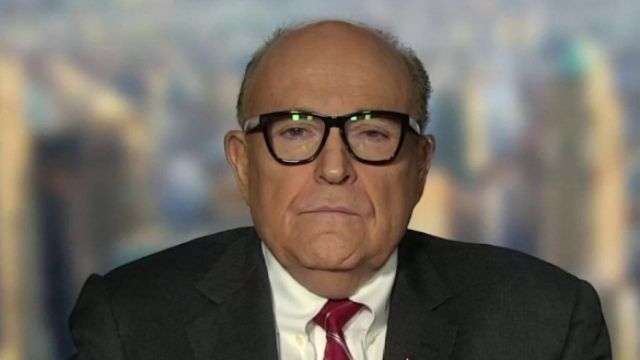 President Donald Trump’s lawyer Rudy Giuliani said he will leave the hospital on Wednesday after a short stay following his COVID-19 diagnosis over the weekend.

Giuliani — a 76-year-old former New York City mayor who is leading Trump’s legal effort to overturn the results of the presidential election — said he felt 10 years younger after receiving some of the same drugs taken by Trump when the president contracted COVID-19 in October.

“I feel just about 100% right now,” Giuliani told New York’s WABC-AM radio on Wednesday, adding that he would quarantine for an additional three or four days.

The U.S. Centers for Disease Control and Prevention (CDC) advises people who have had COVID-19 to isolate themselves from other people, including members of their own household if possible, for at least 10 days after their symptoms first appeared.

Giuliani was the latest in a long string of people close to the White House, including Trump himself, sickened in a pandemic that has killed more than 286,000 Americans.

He plans to attend a virtual hearing this week with Georgia lawmakers to discuss election issues, a source told Reuters on Tuesday.

The hearing follows Giuliani’s in-person appearance at the Georgia statehouse last week, where he urged the state’s lawmakers to intervene and upend Democraet Joe Biden’s victory in the state. Giuliani also made similar pleas last week in Michigan and Arizona.

Giuliani’s meetings with state officials are a last-ditch effort to persuade them to reverse the election results, since his legal efforts have so far failed to convince any court that widespread fraud cost Trump, a Republican, the election.

State and federal officials have repeatedly said there is no evidence of fraud on any significant scale. Courts across the country have rejected cases seeking to toss out votes, including the U.S. Supreme Court, which on Tuesday refused to block Pennsylvania from formalizing Biden’s victory there.