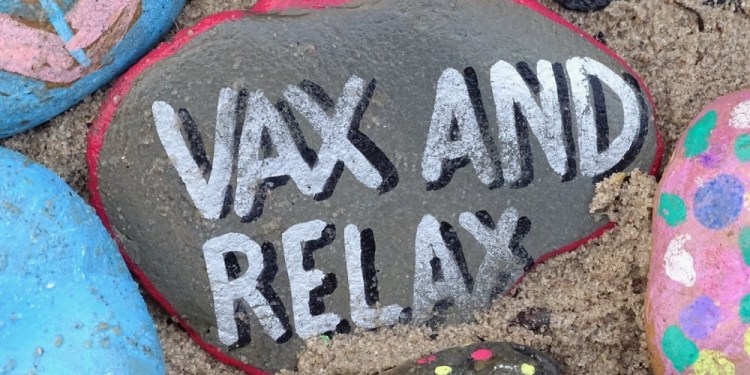 Don’t expect to see this data reported on CNN or the Washington Post anytime soon.

An analysis of data available on the Centers for Disease Control and Prevention website reveals a shocking truth. Over the last two weeks, there has been such a huge spike in Covid-19 “vaccine” deaths reported through VAERS that the totals are higher than the deaths attributed to Covid-19 itself during the same time period.

According to the CDC’s vaccine adverse reactions portal, there have been 4,006 deaths following Covid-19 vaccinations reported between June 26 and July 9. During the same time period, the CDC shows 3,114 deaths attributed to Covid-19. That means there have been over 28% more vaccine-related deaths than Covid-related deaths during the two-week period.

Vaccine proponents and the “arbiters of truth” in mainstream media will “debunk” this by claiming that VAERS data is inaccurate. We agree; estimates by respected analysts put the reported data at somewhere between 1%-15% of reality. In other words, for every family member who even knows to report their relative’s vaccine-related deaths to VAERS, there are many more who did not.

This information is being ignored by the media, censored by Big Tech, and suppressed by our government. They are well aware of the health risks associated with these so-called “vaccines” but they will not allow their narrative of ubiquitous vaccinations to falter no matter how many people die as a result.

The most widely used “debunking” tool is the unverified status of VAERS reports. As The Gateway Pundit pointed out:

What the pro-vaccine media refuses to acknowledge was also noted in The Gateway Pundit story. We’re not talking about a “vaccine” that is simply more dangerous than previous vaccines. We’re talking about one that is exponentially more dangerous. To put it into perspective, there have been more post-vaccination deaths reported in the last week than there have been in any given year since the data was first collected in 1990, and it’s not even close.

Filing a false report on the database is a federal offense, so unless the powers-that-be and arbiters-of-truth want to claim there are thousands of people willing to risk their freedom for the sake of playing a minuscule role in perpetuating a conspiracy theory, they need to drop the narrative that VAERS data is completely wrong. Again, we believe it is wrong… in the other direction.

A common argument utilized by government et al when pushing these “vaccines” is to say the risks of vaccination are lower than the risks from the disease. Even if we were to dismiss the data accumulated over the last two weeks, there’s another major factor to consider. The vaccines do not seem to work nearly as well as is being claimed. In fact, the inventor of the mRNA technology used in some of the vaccines has raised alarm bells based on data from country-to-country that shows an extremely disturbing narrative.

The vaccines may be worse than ineffective. They may actually be aiding in spreading the coronavirus. A thread by Twitter user @holmenkollin that we reported at The Liberty Daily reveals this very disturbing trend (edited for format only):

Something really odd is going on:

In Europe we are seeing surges at many places where most of the population has already been vaccinated. At the same time, the 15 least vaccinated countries don‘t seem to face any problem. At some point, denying this problem will get painful.

Also take a look at what went on in the 15 most vaccinated countries worldwide (SPOILER: doesn‘t look to good)

I did not include tiny Gibraltar, which claims to have double-jabbed all (!) of its citizens. So why do cases suddenly rise through the roof? (yes it‘s residents, not tourists)

Malta: highest vaccination rate in the western world. Also currently one of the steepest inclines in cases you may ever have seen.

What‘s special about small kingdom of Bhutan is that they jabbed 64% of their population within one week, starting 27/3. Just a few days after the start of the rollout, cases went up.

Seems like we have a pretty solid correlation here. (h/t @dafeid)

At this point, some of the early-bird lockdowners take notice: Why is my fully masked and vacced state not keeping cases down? You see how dangerous delta is??

But what about 100% vaccination rate?“ Here you go: 1600 double-jabbed british soldiers on HMS Queen Elizabeth. They even had hygiene rules, distancing etc. Wait 2 months…

But the vaccine also makes people less transmissible?“ That’s what some studies claimed, yes. But at what point in time did they measure this effect? The jabs initially trigger your immune system. But what if the effect fades and you walk around bar any mucosal protection?

One might think that this information, all publicly available, would be seen by world leaders, the press, scientists, and doctors who would all be calling for us to rethink the push to vaccinate everyone. Of course, anyone who has been paying attention realizes that this is not new information to those who can act upon it. They’ve known all along. At least some of them likely knew before the “vaccines” were first distributed. But they have an agenda and it has nothing to do with stopping Covid-19 from spreading. It has nothing to do with saving lives.

Governments know what’s happening. We’ve heard them talk incessantly about the “Delta Variant” as a means to push more vaccinations. But what they’re not discussing much is the “Beta Variant.” Why? Because it does not appear to be hindered by the “vaccines” at all. Again, governments know this. They telegraph their knowledge through their actions even if their rhetoric says something completely different.

According to an article by our news partners at The Epoch Times, the U.K. fears the Beta Variant coming from France specifically [emphasis added]:

Holidaymakers returning from France have been told they must continue to quarantine—even if they have been fully-vaccinated—when restrictions ease on other amber list destinations.

Ministers said the move, announced late on Friday evening, was a precautionary measure amid concerns over the “persistent presence” in the country of the Beta coronavirus variant. It is thought to reflect concerns that the mutation, first identified in South Africa, may be more resistant to the vaccines.

Health Secretary Sajid Javid said the government had always been clear it would take rapid action at the borders to “protect the gains made by our successful vaccination programme.”

The announcement is a further blow to the beleaguered travel industry while underlining the uncertainty in some quarters over the ending of lockdown restrictions in England on Monday.

It is becoming more obvious every day that the disease itself has only been a major threat to the elderly; over 95% of the deaths have been people over the age of 50. Yet they continue to push the vaccines onto children. In July so far, 0.055% of the deaths attributed to Covid-19 have been minors. Children account for over 25 times higher percentage (1.4%) of the influenza death burden.

Even with all the caveats and debunking anecdotes they can muster, the data is clear. These “vaccines” are ineffective at best and are likely causing far more harm than any good they might be doing.