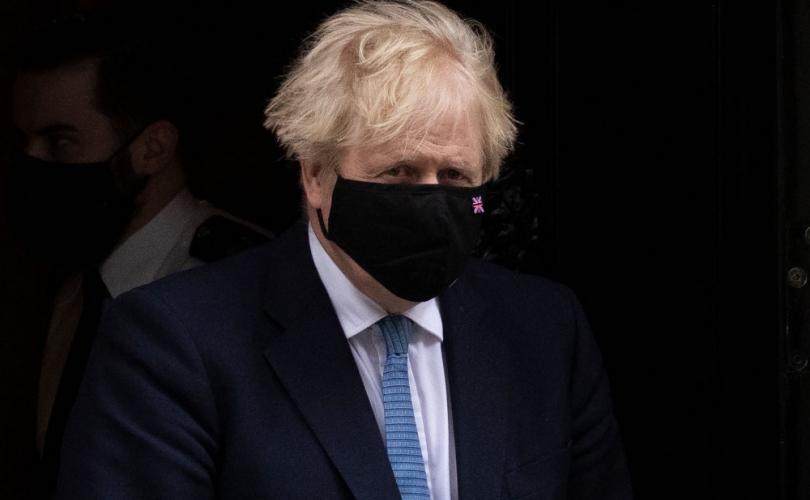 Third ‘booster’ dose will be offered in the UK this fall to ‘prolong’ the effect of the COVID vaccines, health authorities said.

LONDON, July 2, 2021 (LifeSiteNews) — Despite the increasing number of adverse reactions reported by those who taken a COVID-19 vaccine, the U.K. government has announced plans to provide millions of people with a third “booster” jab by the end of the upcoming winter.

Prime Minister Boris Johnson’s government announced in a press release on June 30, 2021, that they have “welcomed the interim advice” of the Joint Committee on Vaccination and Immunisation (JCVI) and will prepare to roll out a booster dose of the vaccine this fall.

“We need to learn to live with this virus,” stated U.K. Health and Social Care Secretary Sajid Javid in the press release. “Our first COVID-19 vaccination programme is restoring freedom in this country, and our booster programme will protect this freedom.”

The goal will be to offer this booster vaccine to the “millions of the most vulnerable” to “ensure the protection they have from the first and second doses is maintained ahead of the winter and against new variants,” the government press release added. The COVID vaccine “booster” jab campaign is set to coincide with the U.K.’s annual flu shot program.

Johnson’s comments on July 1, 2021, reported by The Scotsman, echoed Javid’s remarks on freedom. Speaking at a Nissan plant in Sunderland, he said, “certainly, … [for] everybody who is frustrated about travel over the summer – double jabs will be a liberator.”SUBSCRIBEto LifeSite’s daily headlinesSUBSCRIBEU.S. Canada World Catholic

People who have received the “two jabs,” Johnson continued, will be “in a much better position.” The booster program in the fall for the vulnerable, he said, will “give us the extra insulation, that extra security that we need.”

The plan to add the third dose of the vaccine comes after a report by the U.K.’s Medicines & Healthcare products Regulatory Agency (MHRA) reported that as of June 23, 2021, since the rollout of the vaccines in December, there have been 439 cases reported “suspected adverse reactions (ADRs) to the Pfizer/BioNTech vaccine in which the patient died shortly after vaccination.”

There have also been reported 936 ADR deaths for the AstraZeneca vaccine. MHRA notes that “the majority of these reports were in elderly people or people with underlying illness,” but adds that the ADR remains a “suspected” reaction and that they are not yet reporting a causal link.

The MHRA concluded that, “[a]ll vaccines and medicines have some side effects. These side effects need to be continually balanced against the expected benefits in preventing illness.”

The U.K. is not the only country looking to add a booster dose of the vaccine in the fall. Russia has recently announced its intentions for continuous vaccinations. According to interfax.ru, “[a]fter Russia reaches the level of collective immunity, vaccination should be carried out in a ‘routine’ planned manner … it will be necessary to be re-vaccinated 12 months after the first vaccination.”

Moscow health authorities, according to the Los Angeles Times, have already started offering the booster shots with the “domestically produced two-shot Sputnik V vaccine and its one-shot Sputnik Light version.”

The international movement towards a third jab follows the announcement of Pfizer CEO Albert Bourla in March that the company is anticipating annual booster shots. The development of booster vaccines is to address new variants.

“Every year, you need to go to get your  flu vaccine,” Bourla said. “It’s going to be the same with Covid. In a year, you will have to go and get your annual shot for Covid to be protected,” Bourla  told  NBC News.