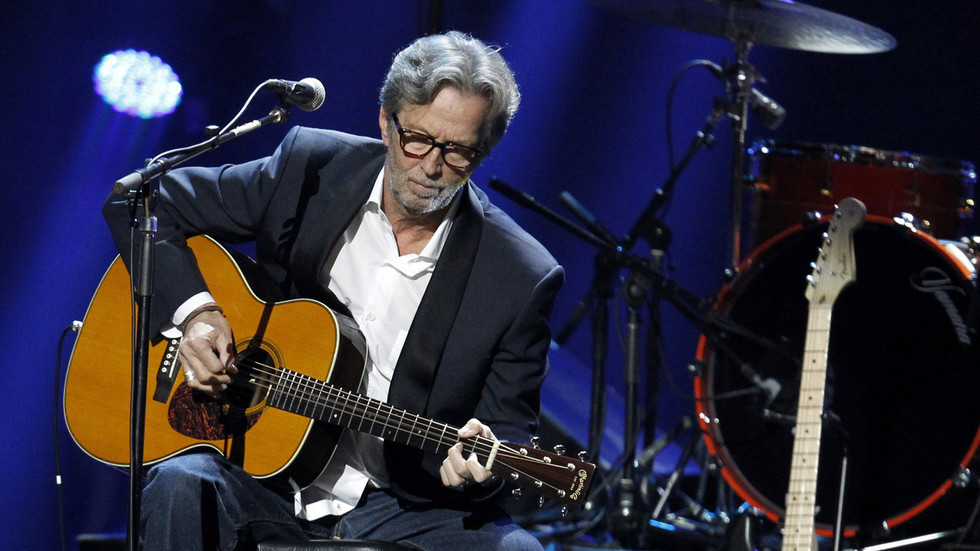 “I smelled a rat.” ~Eric Clapton

WATCH: Eric Clapton Reveals More About His Horrible Experiences With The Jab

Eric Clapton has been through A LOT in life.

For a guy like him to come out and do these very compelling interviews tells us a lot about the potential negative effects of this vaccine.

It clearly IS NOT safe for everyone as we have been led to believe…..

That’s not all though, Clapton speaks truth to power here by touching on the mass brainwashing and social conditioning which has occurred all across the western world.

Thanks to sir Eric Clapton for speaking out about his severe side affects after the second jab. We need more prominent people who stand up against the vaccines.
THEY ARE NOT SAFE AT ALL https://t.co/gOLrLSBlaT

“I took the first jab of AZ and straight away had severe reactions which lasted ten days. I recovered eventually and was told it would be twelve weeks before the second one…,” Clapton wrote.

“About six weeks later I was offered and took the second AZ shot, but with a little more knowledge of the dangers. Needless to say the reactions were disastrous, my hands and feet were either frozen, numb or burning, and pretty much useless for two weeks, I feared I would never play again, (I suffer with peripheral neuropathy and should never have gone near the needle.) But the propaganda said the vaccine was safe for everyone…

In the letter, Clapton also discussed discovering “heroes” like anti-lockdown U.K. politician Desmond Swayne as well as similarly-minded (and some would argue conspiratorial) YouTube channels.

“I continue to tread the path of passive rebellion and try to tow the line in order to be able to actively love my family, but it’s hard to bite my tongue with what I now know,” Clapton wrote.

Thank you Eric for being honest and speaking out.

Clapton added that he was actually offered the second shot six weeks later, which he accepted despite his initial reaction as he had “a little more knowledge of the dangers.”

However, the former member of Derek and the Dominos and The Yardbirds continued: “Needless to say the reactions were disastrous, my hands and feet were either frozen, numb or burning, and pretty much useless for two weeks, I feared I would never play again.”

Clapton added that he “should’ve never gone near the needle” due to his “peripheral neuropathy,” but the “propaganda said the vaccine was safe for everyone.”

The “Tears in Heaven” Grammy winner also stressed that he’s no sheep.

“I continue to tread the path of passive rebellion and try to tow the line in order to be able to actively love my family, but it’s hard to bite my tongue with what I now know,” the “Layla” singer wrote.

The rocker’s letter also sang the praises of “heroes” like anti-lockdown UK politician Desmond Swayne, as well as what many consider to be COVID conspiracy theorists on YouTube.

One thought on “Eric Clapton attacked for revealing his own Covid-19 vaccine side effects, concerns for kids”