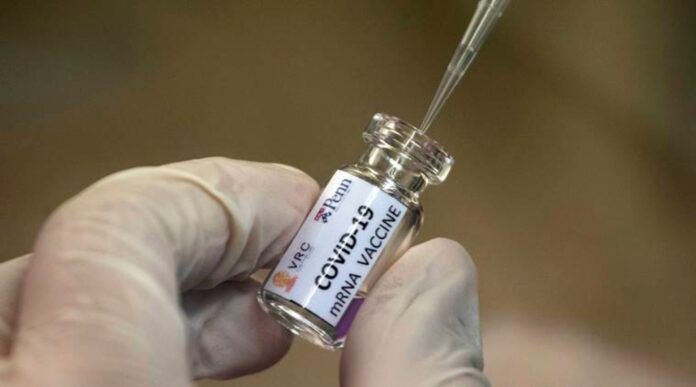 3800 reported deaths from COVID vaccines would skyrocket when you estimated the true figure.

A new May 4 report by independent researcher, Virginia Stoner, reveals US vaccine-death figures. The report is titled, “The Deadly Covid-19 Vaccine Coverup.”

Stoner uses the US government’s own numbers.

Here are key quotes from her report:

“There has been a massive increase in deaths reported to the Vaccine Adverse Event Reporting System (VAERS) this year. That’s not a ‘conspiracy theory’, that’s an indisputable fact.”

“We’re talking about a huge and unprecedented increase—so massive that in the last 4 months alone, VAERS has received over 40% of all death reports it has ever received in its entire 30+year history.”

“The increase in VAERS death reports is not due to more vaccination.”

“One hypothesis…is that the elderly and infirm, many in long-term care facilities, were the first to be targeted by the COVID-19 vaccine campaign, and they are much more likely to die coincidentally. These coincidental deaths then lead to an increase in suspected vaccine-induced deaths reported to VAERS.”

Stoner constructs a chart showing reported deaths from vaccinations in years prior to COVID, and deaths reported so far from COVID vaccines.

The experts would say neither death figure (100 or 3800) is alarming, given the huge number of vaccines administered. But this is a deception.

Over the years, much has been written (even in the mainstream) about what sits behind REPORTED vaccine injuries and deaths. Estimates of TRUE injury numbers range from 10 to 100 times greater than the reported figures.

3800 reported deaths from COVID vaccines would skyrocket when you estimated the true figure.

As Stoner points out in her report, public health officials, in Orwellian fashion, keep repeating, “The vaccine is safe and effective.” A straightforward analysis of their own numbers completely contradicts their stance.

Likewise, the mainstream press, politicians, corporations, and celebrities are on an all-out push to convince the public that the vaccine is a) necessary and b) a marvel, if only the “hesitant” people would “follow the science” and see the light.

Well, some cults are small; that one is huge.

Virginia Stoner’s report is a stark refutation of the conspiracy theory the cult is promoting.

When the entire population is being subjected to a vast experiment deploying a never-before-released RNA technology; when the shot in the arm is actually a genetic treatment; when the entire field of genetic research is riddled with pretense and lies and alarming miscalculations, leading to ripple effects in overall genetic structures; what else would you expect?

You would expect exactly what Stoner’s report shows and implies. The COVID vaccine is a building disaster.

This article first appeared at NoMoreFakeNews.com.

5 thoughts on “COVID Vaccine Deaths: The Numbers Point to a Catastrophe”