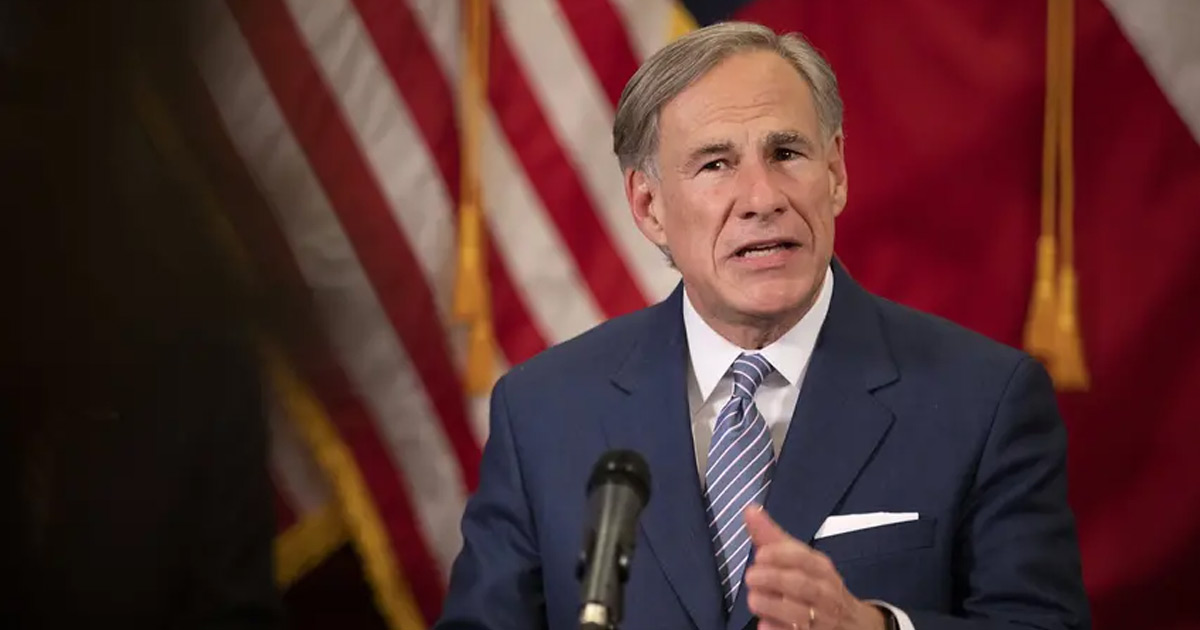 In March, Governor Greg Abbott announced that Texas would open for business 100 percent without a statewide mask mandate. The pro-lockdown “experts” were shocked. If a state as big as Texas joined Florida and succeeded in thumbing its nose at “the science” – which told us that for the first time in history healthy people should be forced to stay in their houses and wear oxygen-restricting face masks – then the lockdown narrative would begin falling apart.

When the poster child for Covid lockdowns Dr. Fauci was asked several weeks later why cases and deaths continued to evaporate in Texas, he answered simply, “I’m not sure.” That moment may have been a look at the man behind the proverbial curtain, who projected his power so confidently until confronted with reality.

Now a new study appearing as a National Bureau of Economic Research working paper, highlighted recently in Reason Magazine, has found “no evidence that the reopening affected the rate of new COVID-19 cases in the five-week period following the reopening. …State-level COVID-19 mortality rates were unaffected by the March 10 reopening.”

In other words, not only did the doom and gloom predicted by the lockdown fanatics fail to materialize, but the steady, seasonal downward trend of the virus toward extinction continued regardless of government action. As we have repeated for a year on the Liberty Report, the virus was going to virus regardless of anything we did about it. And Texas proved it.

However, some very important questions remain to be answered as the Covid panic across the United States is finally starting to recede.

First, will anyone be held responsible for the thousands who died because of the prohibition on safe treatments such as hydroxychloroquine and Ivermectin that have since been shown to be effective against Covid-19? As soon as Donald Trump mentioned that hydroxychloroquine might be effective against the virus, the “experts” circled the wagons. It was banned for use, until it later was quietly un-banned.

The politicization of medicine is anti-science, anti-human, and anti-American. Will those who needlessly died due to this politicization finally get their justice?

Second, though Abbott deserves credit for taking the bold step, shouldn’t he be held accountable for closing the state in the first place? After all, when someone has been punching you in the face and then they stop, do you thank them for letting up or do you ask why they punched you in the first place? Will all the tyrannical rule-by-decree orders across the United States be stricken from the books? Or will they just be allowed to do this again for any reason they choose?

Third, thanks to Senator Rand Paul, we are now all aware of Dr. Fauci’s role in funding gain-of-function research on viruses in China. Will we be able to find out exactly why we are being forced to pay for the mad scientist research into how to create more deadly viruses? Can we opt-out of this funding?

Though Greg Abbott deserves much criticism for shutting Texas down, his re-opening decree effectively ended Covid tyranny across the country. We are thankful for that. Now we must resolve to never let this happen again.

The Best of Ron Paul, MD

Dr. Ron Paul is a former member of Congress and Distinguished Counselor to the Mises Institute.

Copyright © 2021 by RonPaul Institute. Permission to reprint in whole or in part is gladly granted, provided full credit and a live link are given.