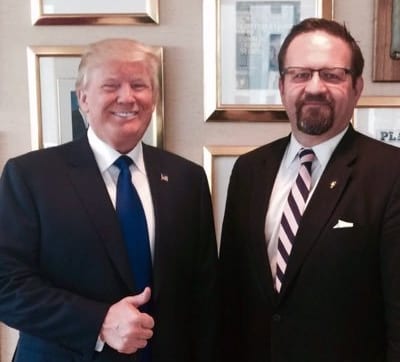 Alright, so what does this show us?

This further confirms the reporting we have given you for the past few weeks.

President Trump will be back in some fashion.

I wouldn’t expect it to be a small role either.

The very minimum is that he will lead primary challenges against every establishment Republican who is up for re-election.

The most would be an announcement of him running in 2024.

The only thing we do know is that President Trump seemingly will be back.

This is why they want to impeach him and bar him from holding office.

According to a new report, President Trump is not going to start a third party.

Instead, he will focus on primarying weak Republicans.

In last 24 hours, after floating through a few folks that he was considering creating a third-party as a way to keep Senate Rs in line ahead of impeachment, Trump has been talked out of that and is making clear to people he isn’t pursuing it, per ppl familiar w his thinking.

Trump has started to believe there are fewer votes to convict than there would have been if the vote had been held almost immediately after Jan. 6, the people familiar with his thinking said.

There’s also the fact that threatening a third party while simultaneously threatening primaries makes no sense, which some folks gently pointed out to him.

Now, this is coming from the New York Times so we take it with a grain of salt.

Newsmax did report on it which lends it more credence:

I know some of you won’t like this, but I think Trump made the right call. As I’ve discussed, third parties are at a massive structural disadvantage that cannot be overcome by ideological fervor.https://t.co/zLEV9hfWy5

Some people might be disappointed by this but I really think it doesn’t matter.

What matters is draining the Republican swamp in Washington.

Doing that while staying in the Republican Party may actually be easier.

Now, we reported yesterday that President Trump was drafting an “enemies” list of Republicans who he will primary.

Within that report, it said that report it said he was moving forward with the third party plans.

We will continue to bring the truth as we learn more.

According to a new report from The Daily Mail, President Trump is drafting an enemies list of Republicans to primary.

This report also lays out how much President Trump is considering a third party.

Donald Trump is reportedly moving forward with his plans to create a ‘Patriot Party’ to put pressure on Republicans who oppose him and attempt to head off conviction in his second Senate impeachment trial.

Trump has told people that the third-party threat gives him leverage to prevent Republican senators from voting to convict him during the Senate trial next month, people in his orbit told the Washington Post.

Since President Joe Biden took office, Trump has been ensconced at Mar-a-Lago, remaining publicly cryptic about his plans except to tell a reporter on Friday: ‘We’ll do something, but not just yet.’

But behind closed doors, Trump is already drafting an enemies list of Republicans who opposed his baseless claims of election fraud, instructing aids to prepare primary challenges against them, sources told the Post.

The list is said to include the House’s number three Republican, Rep. Liz Cheney of Wyoming, who broke party ranks and voted to impeach Trump over his role in the January 6 Capitol riot. Rep. Tom Rice, a South Carolina Republican, is on the list for the same reason.

Georgia Governor Brian Kemp is also reportedly on the list after provoking Trump’s fury for refusing to back his challenge to the state’s election results, which were certified for Biden.

Senator Lisa Murkowski, an Alaska Republican who has signaled that she is open to voting to convict Trump, is also said to be a Patriot Party primary target. Kemp and Murkowski are both up for re-election in 2022.

Trump advisers say they plan to recruit opposing primary candidates and commission polling as soon as next week in districts of targeted lawmakers.

To fund his splinter party, Trump has more than $70 million in campaign cash on hand, the sources said.

Though the Trump campaign was essentially tapped out on Election Day, the campaign and several allied groups raised $207 million between November 3 and November 23, fundraising on his push to challenged the election results.

The number is certainly higher by now, but hard numbers won’t be disclosed to the Federal Election Commission until January 31.

There is no better time than now to do this.

Even with the fraud, President Trump would have won this election if he was supported by the establishment GOP.

They don’t represent you, they represent their donors.