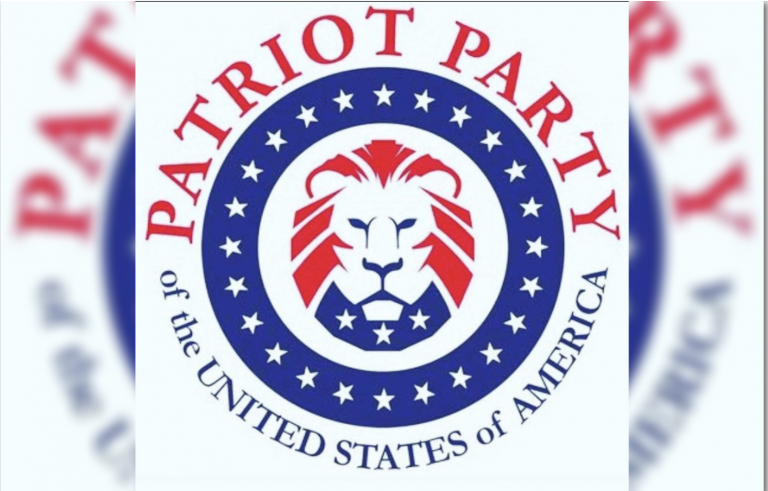 Yesterday I told you about rumors that President Trump was looking to form the Patriot Party.

Today those rumors appear to be hard news.

Before we get into that, I want to reiterate my comments from yesterday….

And I STILL stand firm on the belief that the waters of the Red Sea will part and we will see a miracle bringing President Trump rightfully back into office….now, not later.

So when I talk about the Patriot Party, I’m talking about right now.

And perhaps after President Trump retakes office for a second term?

Congratulations to all American Patriots!
It's official: We have our own Party!

Here’s a screenshot showing the filing:

Some reports say President Trump is looking to use the Patriot Party to unseat RINO Republicans.

And I couldn’t be happier!

Trump 'is drafting an enemies list of Republicans for his Patriot Party to challenge in primaries' https://t.co/rXo4X9MYPZ

President Trump appears to be keeping politics on the horizon with talks of forming his own political party.

On Tuesday, reports said the President discussed forming a so-called “Patriot party” with some of his top aides and supporters. Traditionally, third parties have failed to gain steam in challenging both the Democrat and Republican parties. However, due to his large base of supporters and the record number of people who voted for him in 2020, many believe President Trump has what it takes to carry on the movement.

According to Politico, he spent days calling his close advisors to ask what he needs to do to “stay part of the conversation.” In his ‘farewell address,’ the President hinted at his future political career by saying the ‘MAGA movement’ is only just beginning.

“As I conclude my term as the 45th President of the United States, I stand before you truly proud of what we have achieved together,” President Trump stated. “We did what we came here to do and so much more.”

The idea also came into play as some Republicans, including Mitch McConnell, broke with the President and placed blame on him for the January 6 attack on the U.S. Capitol.

However, recent polls showed the President still has strong support among voters and the GOP. While President Trump has not officially commented on the idea — and it remains unclear if and when the plan would come together — some have voiced concern the new party would draw voters away from the Republican party.

6 thoughts on “New Patriot Party Officially Filed With The FEC!”