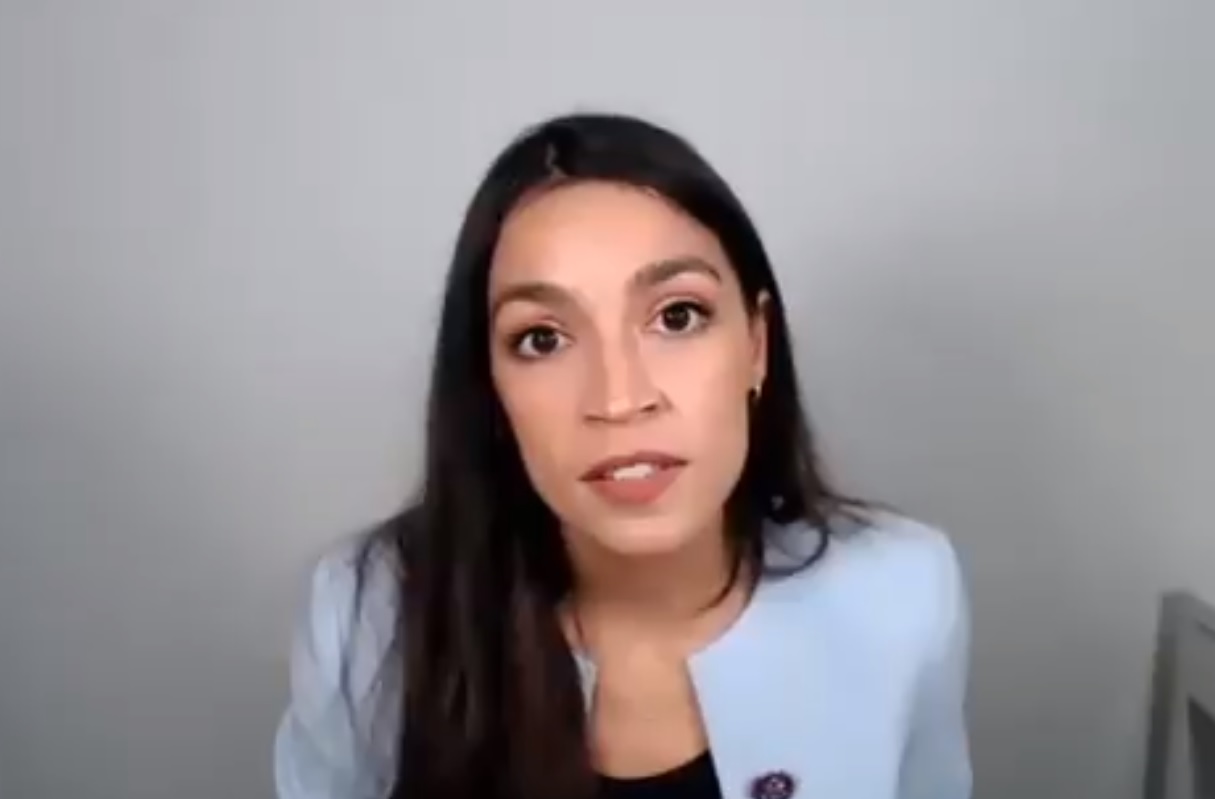 The left’s conquest of President Trump by virtue of a stolen election has opened to door to factional infighting as the victors divvy up the spoils.

Lunchbucket Joe hasn’t even officially been sworn yet and already, the socialists who have been gaining in numbers within the House Of Representatives have been sniping over the measly $1,400 stimulus checks and the lack of diversity in Biden’s cabinet.

One of the socialists who doesn’t play well with others is now accusing Facebook, one of the social media platforms that played a key role in censoring Trump supporters while pitching in to drag Biden’s corpse across the finish line.

Rep. Alexandria Ocasio-Cortez, the former bartender whose ascendance to political stardom is a modern day retelling of the Cinderella fairy tale is accusing Facebook and CEO Mark Zuckerberg of being partially responsible for the chaos at the U.S. Capitol.

AOC who falsely claimed that she was nearly killed when the building where Americans are sold out on a daily basis was briefly occupied by pro-Trump protesters and Antifa provocateurs accused Zuckerberg of aiding and abetting what Dems are defining as domestic terrorism.

“He is part of this problem,” Ocasio-Cortez said, referring to CEO Mark Zuckerberg. “And Mark Zuckerberg and Facebook bear partial responsibility for Wednesday’s events, period.”

Ocasio-Cortez, who spoke during a video town hall meeting, went on to argue that Facebook was “trying to do as much damage control as possible, but they knew. Not only did they know but they allowed it.”

However, technology experts have said that a growing amount of evidence indicates at least some of the planning for the riots took place on Facebook.

AOC’s bull in a China shop personality has been tolerated by House leaders and sanctioned by Speaker Nancy Pelosi because Democrats couldn’t risk alienating her cult like social media followers but the U.S. didn’t become a one-party state by dumping on critical allies in Silicon Valley.

Ironically, Facebook along with Twitter and Google WERE largely responsible for the ransacking and burning of major U.S. cities over the summer by the Marxist-inspired Black Lives matter movement and its Antifa partners and still allows the incitement to violence and hate speech from both on their platforms.

While Democrats and Silicon Valley are busy eradicating conservative voices thereby removing threats to one-party rule, the biggest threats to the permanent majority may be coming from within the big tent.