LOU DOBBS TO TRUMP: You Must ‘Declassify All Information and Documents Related to Obamagate, and Do It Now’ 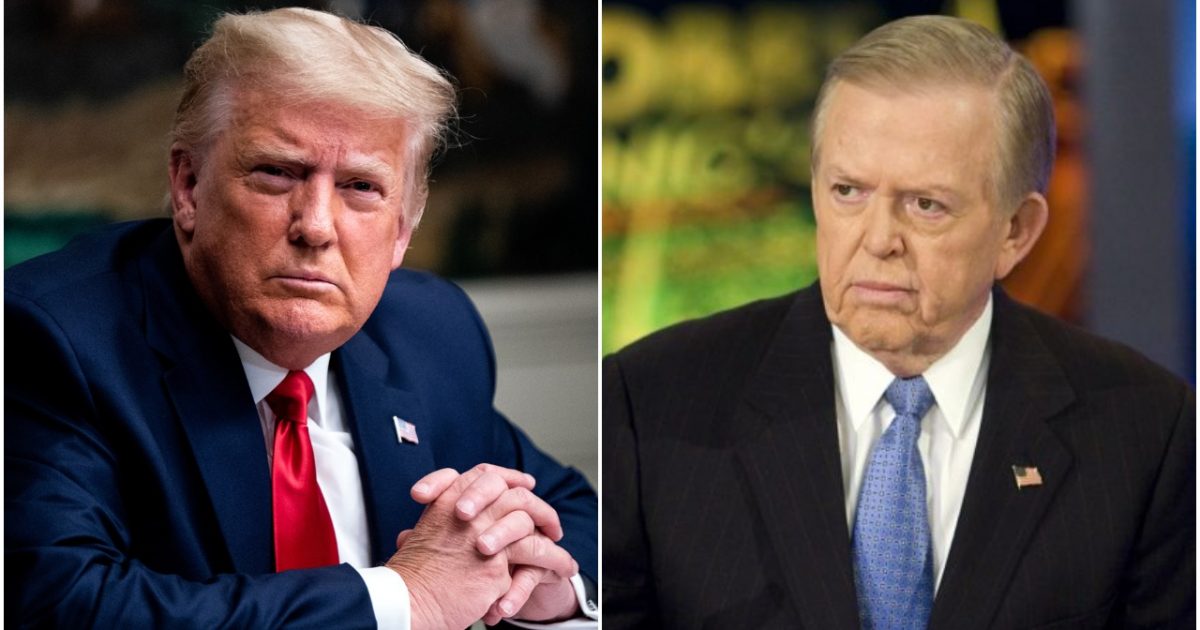 Dobbs believes it is now or never for the president.

Fox Business host Lou Dobbs has been one of the few cable hosts who has called out the electoral farce for the scam that it is.

He offered a personal plea to President Donald Trump on the Monday edition of “Lou Dobbs Tonight.” He wants Trump to release documents that will expose major deep state corruption before he leaves office.

“It’s called many things – mail-in voting, it is called software fraud, it is called hardware fraud, it is voter fraud, it is electoral fraud – but if I may, Mr. President, the problem here is that you’re not just fighting fraud any more than you were just fighting the Russia hoax,” Dobbs said in his appeal to the president. “That was an effort, not a hoax, to overthrow your presidency, not a hoax, an outright effort to overthrow the president of the United States that went on from the time you won the office to the time right now.”

“The irregularities in this election are not just fraud, electoral or voter. They are another attempt to overthrow the president of the United States, and it’s being brought to you by the very same people,” he added.

Dobbs then recommended for President Trump to declassify all documents related to the Russiagate hoax, which he said he would do before the election before he was overruled by random deep state goons.

“I ask that you also declassify all information and documents related to Obama-gate, and do it now. It is time the American people know the truth, the full truth, the whole truth, and we cannot trust the Justice Department, the FBI, or any intelligence agency,” he said.

“And even if we cannot ever restore faith in the Justice Department or the FBI, surely we can preserve the right of the American people to know that it is in within your control, your power, and I urge you to use it,” Dobbs said to conclude his rant.

Big League Politics has reported on how Attorney General Bill Barr and U.S. Attorney John Durham have done nothing to provide accountability following the Russia-gate hoax:

U.S. Attorney John Durham is reportedly giving up on the Russia-gate investigation, as he is too scared to delve into the truth now that Biden has been announced as president-elect by the globalists.

Thus far, Durham’s investigation has been a huge bust. His work has only resulted in the prosecution of one individual – former FBI Attorney Kevin Clinesmith – for making or using “any false writing or document knowing the same to contain any materially false, fictitious, or fraudulent statement or entry.”

Outside of this nobody, there have been no prosecutions that have resulted from Durham’s Russiagate investigation despite the laundry list of evidence showing wrongdoing…

Sean Davis of The Federalist has reported that the investigation is over. Durham is apparently quitting because of cowardice.

The “trust the plan” nonsense has proven to be fruitless hype. However, President Trump has another chance to achieve true transparency and accountability, and he should take it no matter what the potential consequences may be.

2 thoughts on “LOU DOBBS TO TRUMP: You Must ‘Declassify All Information and Documents Related to Obamagate, and Do It Now’”