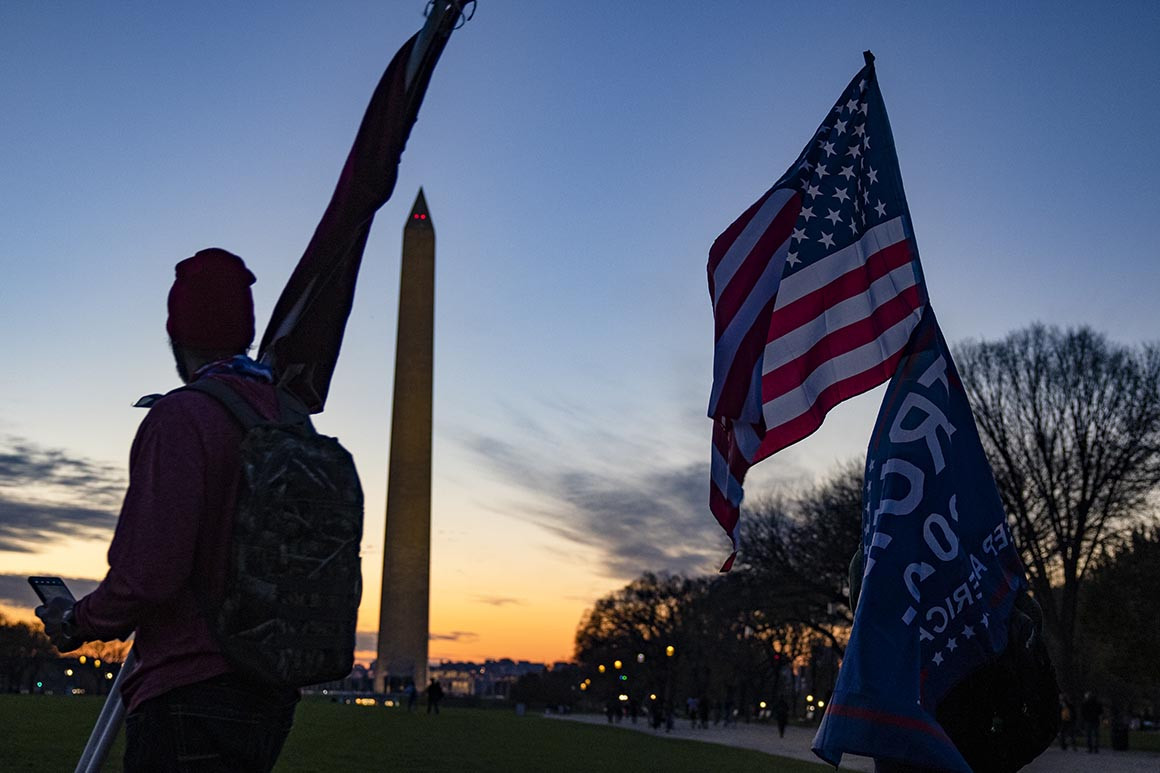 With Trump out of the White House and stripped of his Twitter megaphone to air his grievances and rally his supporters, his MAGA movement has moved on to other pursuits.

It’s the story that’s about to chew through news cycles, a historic moment in which Donald Trump will be dragged through an impeachment trial for a second time.

Yet it’s hardly registering, as far as MAGA outrage goes.

From pro-Trump news organizations to social media posts being circulated by the far right’s most prominent figures, it’s as if Trump’s plight at the impeachment trial is a secondary concern.

In the absence of the trapping of office or Trump’s Twitter megaphone to air his grievances and rally his supporters, MAGA has moved on to different pursuits: President Joe Biden’s agenda, the $1.9 trillion Covid relief bill, China, the GameStop controversy, and Rep. Marjorie Taylor Greene (R-Ga.) among them.

In addition, there are new cancel culture victims to defend. Aside from Greene, there is the cause of Rep. Lauren Boebert (R-Colo.) who, like the Georgia congresswoman, is facing harsh criticism for her espousal of conspiracy theories. Then there’s Mike Lindell, the MyPillow CEO who might be the only Trump World celebrity still openly pushing election fraud conspiracies. After several big box retailers dropped his product in the wake of his call to invoke the Insurrection Act, he was frequently invited onto right wing television to talk about being canceled.

“The biggest thing in MAGA media right now isn’t Trump, it’s a self-created war against the amorphous triplet boogeyman named ‘Cancel Culture,’ ‘Big Tech,’ and ‘The Media,’” said Amanda Carpenter, a former spokesperson for Ted Cruz’s presidential campaign and currently a political columnist for The Bulwark, an anti-Trump conservative website. “They are the stand-in until they find the right Democrat to isolate and villainize.”

There is one obvious factor dampening MAGA anger over what the former president’s supporters view as the latest Democrat-driven witch hunt: this time around, Trump is not in danger of being removed from office, because Trump is no longer in office.

That reality has served to restrain the pro-Trump movement from burning too much energy over something that, in their estimation, is a silly partisan exercise. Senate Republicans validated that belief last week when all but five of them voted to dismiss the impeachment charge as unconstitutional, virtually assuring that the Senate will not reach the 67-vote threshold necessary to convict Trump.

“Remember,” tweeted MAGA influencer Rogan O’Handley on Friday, “their hatred for Trump was actually just hatred for the proud Americans that support him.”

Indeed, the biggest impeachment story on Breitbart’s home page tabloid spread on Monday wasn’t even about Trump: It was, instead, about Sen. Rand Paul (R-Ky.) calling for the impeachment of Majority Leader Chuck Schumer (D-N.Y.).

Against that backdrop — unlike with Trump’s initial impeachment trial — MAGA adherents are treating the second Senate trial as something of a sideshow, one that distracts from their ultimate goals.

Rank-and-file Trump supporters, for example, have pivoted away from voter fraud andare instead zeroing in on what they claim are Biden’s innumerable hypocrisies.

The farthest and darkest reaches of the Trump coalition are likewise engaged elsewhere. Militia and conspiracy groups are more focused on their opposition to Biden, while white supremacist groups have faded into the white noise of the internet, trying to find ways to rebrand themselves. The Proud Boys have turned their energy towards protecting their brethren charged in the deadly January 6 Capitol riot — the event that led to Trump’s second impeachment.

As one private Telegram channel for the Boogaloo Bois, a militia group claiming to be present at the Jan. 6 riot, exhorted its followers: “Fight in every way. Civil disobedience is key…Don’t wear a mask and mock those that do as slaves. Give nonwhites a death glare and be prepared to drop them if they attack you.” There was virtually no mention of impeachment on the channel.

Radio host Joe Walsh, a former Tea Party congressman and Trump critic, suggests that this relatively quiet period is simply a lull caused by Trump’s recent low profile, and that if Trump were to engage in full after the impeachment trial ended, MAGA would immediately revert back to its normal state of reverence.

“He’s going to be acquitted,” he told POLITICO. “And so he’ll be in a position again to thump his chest a few weeks down the road: ‘They went after me again and it failed.’ And I know politically I think he’s been advised to keep his mouth shut. But I have no doubt if or when he comes back, his movement is still there.”

2 thoughts on “MAGA is already over Trump’s impeachment trial”