Nancy Pelosi Tried To Orchestrate A Military Coup Against Trump 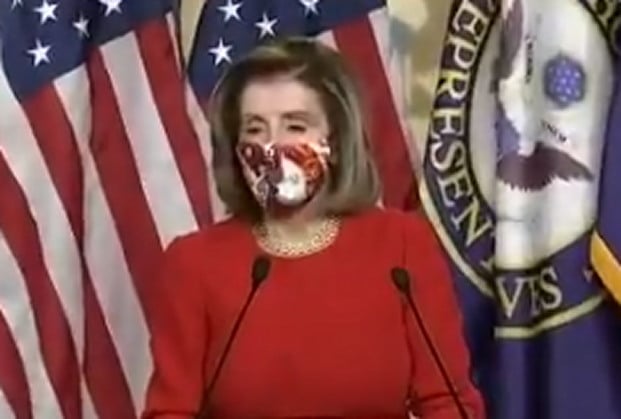 Once again, it appears that the Democrats have tried to sabotage President Trump.

According to new reports, Nancy Pelosi went behind Trump’s back and asked military officials to ignore orders from Trump who, as long as he is still the President, is also the commander in chief.

Nancy Pelosi effectively tried to remove President Trump from the chain of command.

Pelosi Tried to Foment a Military Coup Against Trump

Those on the left have been accusing President Donald Trump of fomenting an insurrection because of the Capitol protest. But Trump never called for violence or a riot.

From the New York Times:

In a phone call to the chairman, Gen. Mark A. Milley, Ms. Pelosi appeared to be seeking to have the Pentagon leadership essentially remove Mr. Trump from his authorities as the commander in chief. That could be accomplished by ignoring the president’s orders or slowing them by questioning whether they were issued legally.

But General Milley appears to have made no commitments. Short of the cabinet invoking the 25th Amendment or removing Mr. Trump through impeachment in the House and conviction in the Senate, it is unconstitutional to defy legal orders from the commander in chief.

Ms. Pelosi’s request, which she announced to the Democratic caucus as an effort to prevent “an unhinged president” from using the nuclear codes, was wrapped in the politics of seeking a second impeachment of Mr. Trump.

Mr. Trump, they noted, is still the commander in chief; unless he is removed, the military is bound to follow his lawful orders. While military officials can refuse to carry out orders they view as illegal — or slow the process by sending those orders for careful legal review — they cannot remove the president from the chain of command. That would amount to a military coup, the officials said.

The worst part of this is that Nancy Pelosi probably won’t suffer any consequences for this.

The entire Democrat Media Complex and the Washington machine is on her side. Who would hold her accountable?