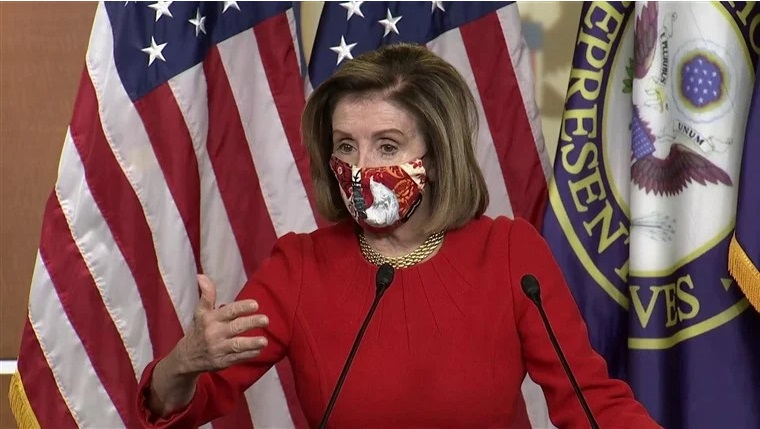 House Speaker Nancy Pelosi has finally admitted what many of us have been arguing for months.

While speaking to reporters on Capitol Hill, the California Democrat admitted that it was her “decision” to block coronavirus relief for months.

Pelosi also lashed out at a reporter at her Friday press briefing after he suggested she made a “mistake” waiting for so long on a coronavirus relief package.

Pelosi spoke to reporters to update them on coronavirus relief legislation after a bipartisan group of lawmakers introduced a $908 billion plan earlier this week.

Democrats, including Pelosi, were previously opposed to accepting a relief bill below $2 trillion, but now the speaker has changed her mind and is willing to consider the latest proposal because President-elect Joe Biden will soon be addressing the virus himself.

Commenting on the change of heart, a reporter questioned if Pelosi had made a mistake by not settling for a smaller package earlier.

“I’m going to tell you something — don’t characterize what we did before as a mistake as a preface to your question if you want an answer,” Pelosi shot back.

“That was not a mistake, it was a decision and it has taken us to a place where we can do the right thing without other, shall we say, considerations in the legislation that we don’t want. Now, that is it.”

Pelosi also called the vaccine an “answer to our prayers” before revealing that Congress will focus on the package in the new year.

“Joe Biden committed to ending and crushing the virus,” Pelosi added. “That is a total game-changer. A new president, and a vaccine.”

Nancy Pelosi admits it was her “decision” to block coronavirus relief for monthshttps://t.co/atHB2xxXCn pic.twitter.com/wGMEta4JCc