NEW POLL: Here Are The Early Frontrunners For The 2024 GOP Nomination 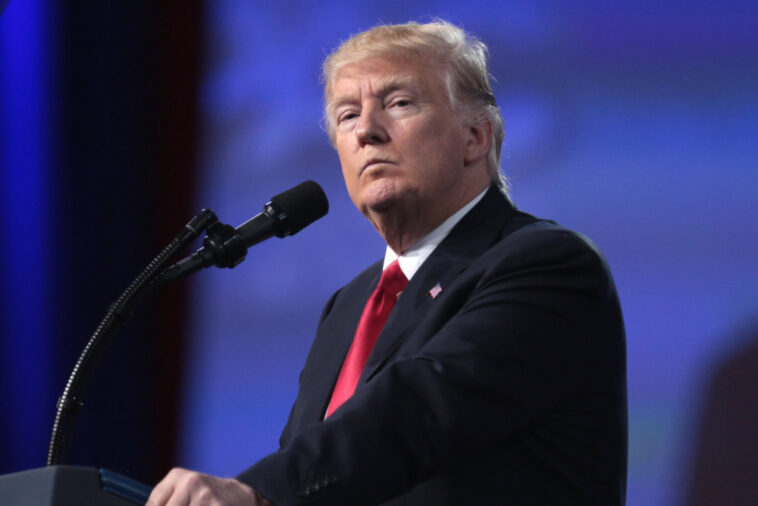 One of the most favorite past times of official Washington DC (and the establishment media) in between presidential elections is guessing who will be the leading candidates for the various political parties the next time Americans go to the polls.

Since Joe Biden allegedly ‘won’ the 2020 race, it’s easy to predict who will lead the Democratic ticket in 2024 — Vice President Kamala Harris (you read it here first).

But what about the Republican ticket? Who is already a “frontrunner” barely a week into Biden’s presidency? A new survey gives us some insight.

Morning Consult and Politico surveyed 595 Republicans between January 8 and 11 — a few days after the US Capitol building riot and two weeks before President Biden’s inauguration.

In comparison to data from late November, President Donald Trump saw a 12% decrease in support, though he remains far ahead of potential rivals. Other candidates saw modest increases in voter preference over the same period.

Here’s how they rank:

— Mike Pence: 16 percent (this should be higher; Pence is a great man and would make a great president, in the Trump-Pence tradition) and this figure is actually up 4 percent since November

— Sen. Ted Cruz: 6 percent (again, should be higher, especially since he was President Trump’s most serious challenger in 2016, becoming the last man standing not named Donald)

— Nikki Haley: 5 percent (she should be polling higher than RINO Romney)

Obviously, this is way early and again, much of this is all mostly just an exercise among the political elite who like to pass their time in between elections in such ways. Much can, and very likely will, happen between now and 2024.

For one thing, President Trump may not even want to be president again, especially after the disgusting, unhinged, and irrational treatment he received at the hands of the political establishment. He may simply be content in being a kingmaker instead, and frankly, who could blame him?

Plus, he’ll be 78, and despite his obvious love for our country, he may simply say to himself, “Who need all that BS again?”

But that said, it’s almost a certainty that whoever eventually gets the GOP nomination will need Donald Trump’s blessing in order to secure it.

2 thoughts on “NEW POLL: Here Are The Early Frontrunners For The 2024 GOP Nomination”