Pastor Who Threw COVID Officials And Police Out Of His Church: ‘They’re Acting Just Like The Communists’ 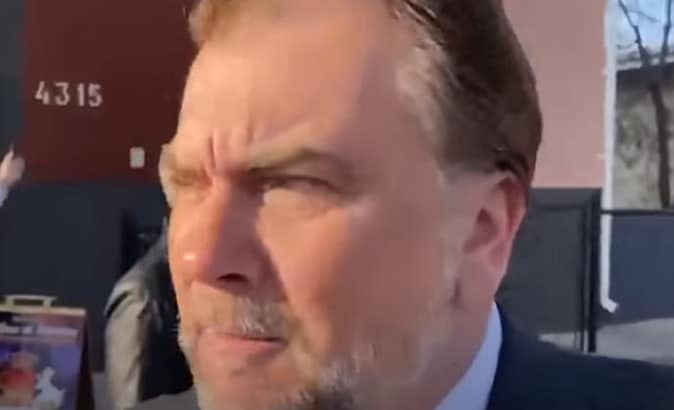 A video recently went viral that showed a pastor in Canada throwing COVID officials and police out of his church.

It turns out the pastor is originally from Poland and he remembers life behind the Iron Curtain.

He recently said that this all looks eerily familiar to him.

EXCLUSIVE: ‘Just Like The Communists’: Pastor Who Kicked Police Out Of Church Has Choice Words For Lockdown Tyrants

Pastor Artur Pawlowski, who went viral after kicking several officers out of his church, spoke to the Daily Caller about the months of harassment he says his church has experienced at the hands of police.

One Calgary police officer and officials from Alberta Health Services and City of Calgary Bylaw services interrupted a Passover service Saturday night at the Street Church in Alberta, Canada. They had entered the church building uninvited on its holiest, most anticipated day for parishioners, Pawlowski told the Caller…

“I grew up in Poland under the boot of the Soviets, behind the Iron Curtain,” Pawlowski said. “What I see right now, I see everything escalating and moving to the new level. They’re acting just like the Communists were acting when I was growing up when the pastors and the priests were arrested, and some were murdered. Many were tortured.”

“That’s why I say what I say,” he continued. “Because I see a repetition of history.”

Pawlowski didn’t expect the video he took to go viral but said that he hopes it gives others hope and courage to stand up to the authorities.

Here’s the video in case you missed it:

How to deal with Nazis.

This pastor is an inspiration for his courage.

And he is right. This is a lot like what has happened before. Anyone who knows history can see it.

Must Watch: Pastor Sends Mask Police Away With Shame!

One thought on “Pastor Who Threw COVID Officials And Police Out Of His Church: ‘They’re Acting Just Like The Communists’”