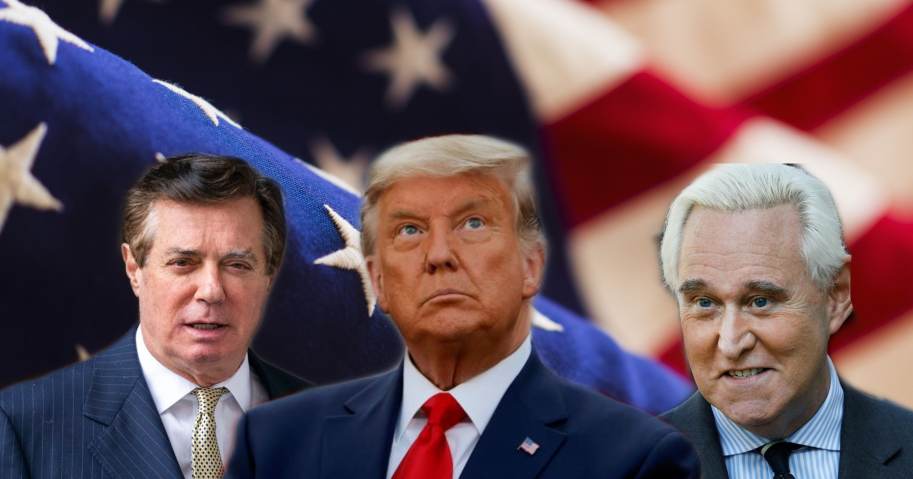 President Trump on Wednesday evening asserted his authority and announced 26 new Christmas pardons including ones to Paul Manafort and Roger Stone.

Trump’s 2016 campaign manager Paul Manafort was hunted down by Mueller’s goons after he helped President Trump win the 2016 election.

Manafort was sentenced to 7 years in prison for tax evasion and other crimes stemming from his Ukrainian lobbying.

In May of this year Manafort was released to home confinement for the remainder of his sentence.

Crooked and corrupt Manhattan DA Cy Vance announced state charges against Manafort back in March of 2019 just MINUTES after the former Trump campaign chairman was sentenced for the second time on federal charges just in case Trump were to issue Manafort a pardon.

However, a judge last December tossed out New York State charges of mortgage fraud against Paul Manafort because of ‘double jeopardy’ laws.

Kushner was previously charged with tax evasion and witness tampering.

20 other people who were pardoned committed various cyber crimes and mail fraud.

Papadopoulos was hunted down by the Deep State and Mueller’s goons for the ‘crime’ of working on Trump’s 2016 campaign.

And just like that, Mueller’s 2 year inquisition goes up in flames.