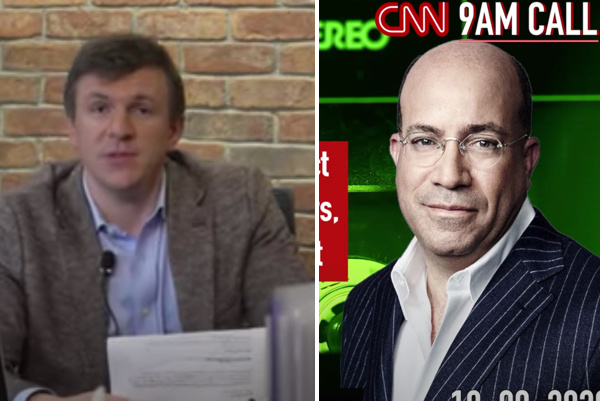 CNN’s media bias is showing. Here is a story about how months of recordings of phone calls between CNN producers, directors and the CEO is blowing the lid of off CNN’s ‘fair’ new reporting.

Earlier in the day on Tuesday, O’Keefe crashed a CNN conference call where he told Zucker that he had months of recordings of CNN’s daily calls.

In one of the calls that was released, Zucker said, “This is a president who knows he’s losing, who knows he’s in trouble, is sick, maybe is on the after-effects of steroids or not. I don’t know. But he is acting erratically and desperately, and we need to not normalize that.”

Zucker continued with his conspiracy theories, stating, “You know, this is what we’ve come to expect for the last three and a half years, four years, but it clearly is exacerbated by the time that we’re in and the issues that he’s [Trump] dealing with. I think that we cannot just let it be normalized. He is all over the place and acting erratically, and I think we need to lean into that.”

Zucker continued: “Frankly, if we’ve made any mistake, it’s been that our banners have been too polite, and we need to go well after Lindsey Graham.”

“There’s a ton going on,” he added as he continued bashing conservatives. “Let’s stay strong. Let’s stay newsy. Let’s stay urgent. Let’s be smart. There is a lot of news out there, and Lindsey Graham really deserves it.”

CNN digital VP of global programming Marcus Mabry then said: “Yeah, I was just going to say, if you’re going to talk about the story, I think it’s unavoidable that you have to talk about the naked racism of Tucker Carlson. Because that’s really what drove this anti-diversity push, you know, Trump watches Tucker Carlson’s show and then reacts. And just as sort of the white supremacy hour they have on Fox News every night, I think it’s the — You can’t disconnect the two.”

Stephanie Becker, CNN field producer stated: “On the issue of why it’s important to get the transition going right, the 9-11 report talks about one of the problems was that the trouble that was brewing that lost during the transition. So, if you want a good, concrete example of what happens when you don’t have a good transition, well, look at the Twin Towers.”

As he wrapped up his video, O’Keefe made sure to remind his viewers that CNN is supposed to be non partisan.

“This is yet another investigation Project Veritas has conducted into CNN, and once again they’ve demonstrated their partisan political agenda and total disconnect with journalistic ethics,” O’Keefe said.

OANN’s Jack Posobiec reacted to the recordings, stating that “Jeff Zucker ordered his staff to consider a false conspiracy theory that Trump is withholding information about imminent terrorist attacks. This stuff is deranged and very dangerous from a purported news outlet on a reporting call.”

This @Project_Veritas scoop is very bad for CNN