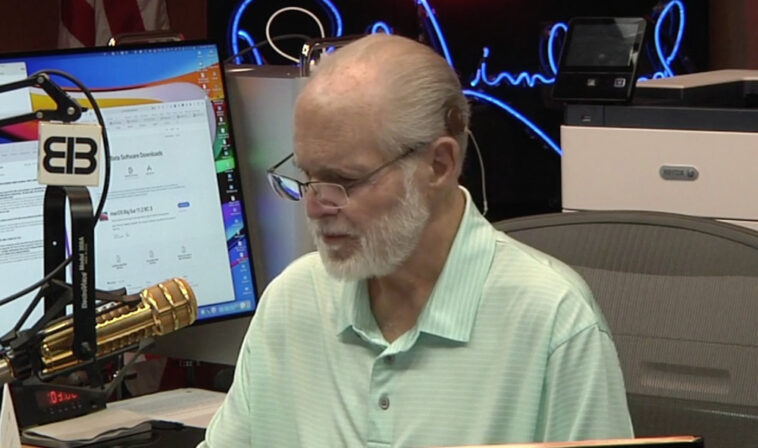 Conservative radio host Rush Limbaugh outlined the one thing that terrifies Democrats most about President Trump.

During a segment on his show, Limbaugh said Democrats hate how popular he remains after everything they have done to him for four years.

“They are lying about his role in the January 6th “uprising,” or whatever you want to call it, at the U.S. Capitol. And they know they are. And they’ve got in guardrails. There’s no reason for them not to. They don’t have a media that’s gonna call them out on it, so they’re literally free. All of this is about making sure that Donald Trump can never, ever again have any role in American public life,” Limbaugh said.

“They are abjectly, they’re deathly afraid that Trump is going to triumphantly return to public life — and I’m not saying, “triumphantly return to the presidency.” But they’re not gonna be able to stop this. They’re not gonna be able to stop Trump from having a public life if he wants it, and when that happens — and they are waiting in abject fear for that. They don’t know how it’s gonna manifest,” he added.

“They don’t know if it’s gonna be a press conference from Mar-a-Lago or a golf club. They don’t have the slightest idea. So they’re trying to ram through this impeachment business so that they can discredit anything he says anytime he says it, because they’re worried. You know what they’re worried about here? “Trump Wants a Library. He Must Never Have One,’” Rush said.

Rush then noted how Democrats don’t even want Trump to have a presidential library.

“Because that’s what they’re really trying to destroy, and they don’t know that all they’re doing is really cementing it. Seventy-four, 75 million people voted for Donald Trump. The Democrats may think that they have the ability to convince 74, 75 million people that the guy they voted for is a reprobate and that they shouldn’t have voted for him. But they tried that for four years, didn’t they? How’d that work out for ’em?” Limbaugh asked.

“They’ve been trying. They tried for four years. We talked about it yesterday. There was no truth to it whatsoever. They had a free rein. They could make up anything they want about Donald Trump. Think of it this way: Here you are the Democrat Party, you have the FBI, you have the CIA — at least, you have members of both that are sympathetic to the Washington establishment,” he continued.

Rush rounded out his comments by noting how Democrats and the media spent four years trying to ruin, smear, and destroy Trump — and it failed.

Trump is more popular than ever.

“And you have basically the knowledge that for the next four years you can make up anything you want about Donald Trump, and the media will amplify it. In other words, you don’t have any limits. So your objective is to destroy Donald Trump. You want to reverse, if you can, the election results of 2016. You want him out of there ’cause you’re scared to death what he represents,” Rush said.

“He represents an uprising of the people of this country against Washington, against the establishment, and it had been building for a long time. It had been building since Perot in 1992. Oh, yeah, it predated Trump. The Tea Party was part of this. Trump was just the first guy to come along and actually weaponize it, in a political sense,” he said.