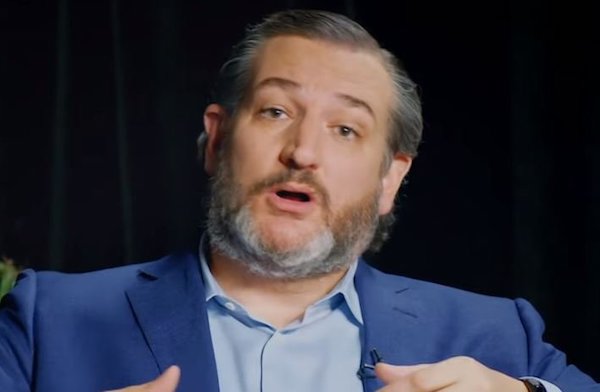 The GOP has made it clear that they intend on throwing President Donald Trump to the curb.

During a segment on “VERDICT with Ted Cruz,” the Republican Senator did a total 180 and completely unleashed on former President Trump for his “overheated rhetoric” about the 2020 election and alleged voter fraud.

Ironically, Cruz was one of the few Senators to challenge the electoral college vote.

“President Trump’s rhetoric, I think, went way too far over the line,” Cruz said on the show. “I think it was both reckless and irresponsible because he said repeatedly—and he said over and over again—he won by a landslide; there was massive fraud; it was all stolen everywhere. That evidence, the campaign did not prove that in any court, and to make a determination about an election it has to be based on the evidence, and so simply saying the result you want, that’s not responsible and you’ve never heard me use language like that. What I’ve said is voter fraud is real, and we need to examine the evidence, and look at the actual facts; and in particular, what is the evidence of how much voter fraud occurred, and did it occur in sufficient quantities and in sufficient states to alter the outcome of the election. That would have been the mandate of the election commission; to assess.”

The divide within the Republican Party seems to be increasing.

Over the weekend, Republican Senator Mitt Romney and Republican Congresswoman Marjorie Taylor Greene of Georgia went off on each other on Twitter over their different views about President Trump.

Greene has been facing criticism from the GOP after she continues to voice her concerns about election integrity. On Saturday, Greene released a tweet, stating that she had a “GREAT call” with President Trump.

“I had a GREAT call with my all time favorite POTUS, President Trump!” Greene tweeted. “I’m so grateful for his support and more importantly the people of this country are absolutely 100% loyal to him because he is 100% loyal to the people and America First.”

“You can never beat him because We The People have his back,” she continued. “The blood thirsty media and the socialists hate America Democrats are attacking me now just like they always attack President Trump. I can promise you this. I won’t back down. I’ll never apologize. And I’ll always keep fighting for the people. For me, it’s America First!!! Any elected politician that isn’t putting America First doesn’t deserve their position or the people’s trust.”

“America Last policies are policies for sell outs and losers! In these divisive times, real leaders must be determined and strong to be able to withstand the rabid mob that preys on weakness in order to get their way, which is to destroy our country,” she added.

“Yes there is an enemy within. And that enemy is a poisonous rot of socialist policies and America last sell outs who are pompous hypocrites that believe they are untouchable elites.”

Romney immediately tried blasting Greene for her comments, tweeting, “Lies of a feather flock together: Marjorie Taylor Greene’s nonsense and the ‘big lie’ of a stolen election.”

““Republican” Senator Mitt Romney obviously cares nothing about the people’s number one concern,” she tweeted. “Please grow a pair or a spine.”

“Republican” Senator Mitt Romney obviously cares nothing about the people’s number one concern.

Please grow a pair or a spine. https://t.co/4XR54MDyqI

5 thoughts on “SHOCK: Senator Ted Cruz Does a Total 180, Completely Turns On Donald Trump in Rant”