Sky News Pundit on Joe Biden: ‘Never Before Has the Leader of the Free World Been So Cognitively Compromised 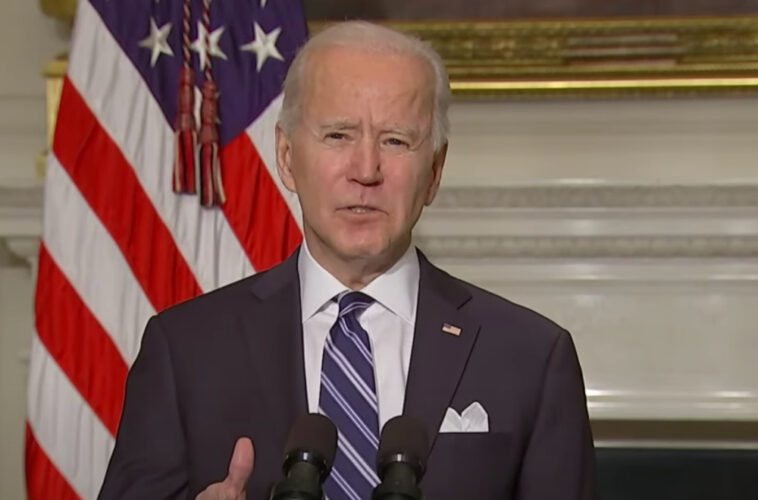 Throughout the 2020 presidential campaign, observers — not all of whom were critics — of then-Democratic nominee Joe Biden remarked that his mental capacity since leaving the Obama administration four years earlier seemed to have declined greatly.

Biden was often testy with voters on the campaign trail. He was forgetful. He would jumble words and he would utter things in a way that was simply unintelligible.

But because his name wasn’t Donald Trump and the mainstream media was desperate to see Biden defeat Trump, they didn’t report much on his apparently mental decline. In fact, some outlets went on the attack if a pundit or political observer ‘dared’ to mention it.

Now, however, one pundit is saying the obvious part out loud: Sky News host Cory Bernardi.

In a segment on Friday, U.S. time, Bernardi said it was clear to him that Biden isn’t up to the task he has been “sworn in to do.”

“Never before has the leader of the free world been so cognitively compromised,” Bernardi noted further. “It’s clear to me at the least that U.S. President Joe Biden is struggling with dementia and is clearly not up to the task he’s been sworn in to do.”

He went on to point out that Biden’s fractured mental state was “evident” during the election campaign. However, the “partisan and poisonous” mainstream media instead chose to ignore it and anything else that could have “derailed a Biden victory.”

“Even now, after he has been sworn in, many of them are still refusing to speak the truth about Biden’s lack of capacity,” Bernardi added. “It’s all rather pathetic, but even usually smart people are blinded by the nonsense put out by the mainstream media. They believe every perceived sin of Donald Trump while they seem intent on canonizing St. Joe.”

Bernardi is far from the only political observer to notice Biden’s mental status decline.

“It is a complete difference from what he was in 2017,” Biden’s former vice presidential stenographer, Mike McCormick, told the Washington Free Beacon in September. “He’s lost a step and he doesn’t seem to have the same mental acuity as he did four years ago.”

In August, Fox News contributor Dr. Marc Siegel also discussed Biden’s apparent cognitive decline, while explaining why that may be so.

“VP Biden in 1988 had two aneurysms repaired surgically before the modern, most modern techniques came in. Studies have shown that there’s up to 50 percent cognitive impairment long-term following those aneurysm repairs,” Siegel said.

“Also a matter of public record, former VP Biden has atrial fibrillation, which is an irregular heartbeat. He’s on blood thinners for that. A major study called the Swiss Atrial Fibrillation Study came out about a year ago. Over 1,200 people studied,” he added.

“They found three percent per year, even if people were on blood thinners, ended up having silent strokes. And guess how silent strokes present — they present usually with cognitive impairment with faltering, with inability to think clearly.”

“Not a joke and not hyperbole – I’m hearing from people close to the situation that Biden’s cognitive decline is rapidly worsening and is becoming increasingly difficult to mask. The Democrats are going to have to make a decision soon,” he said.

3 thoughts on “Sky News Pundit on Joe Biden: ‘Never Before Has the Leader of the Free World Been So Cognitively Compromised”