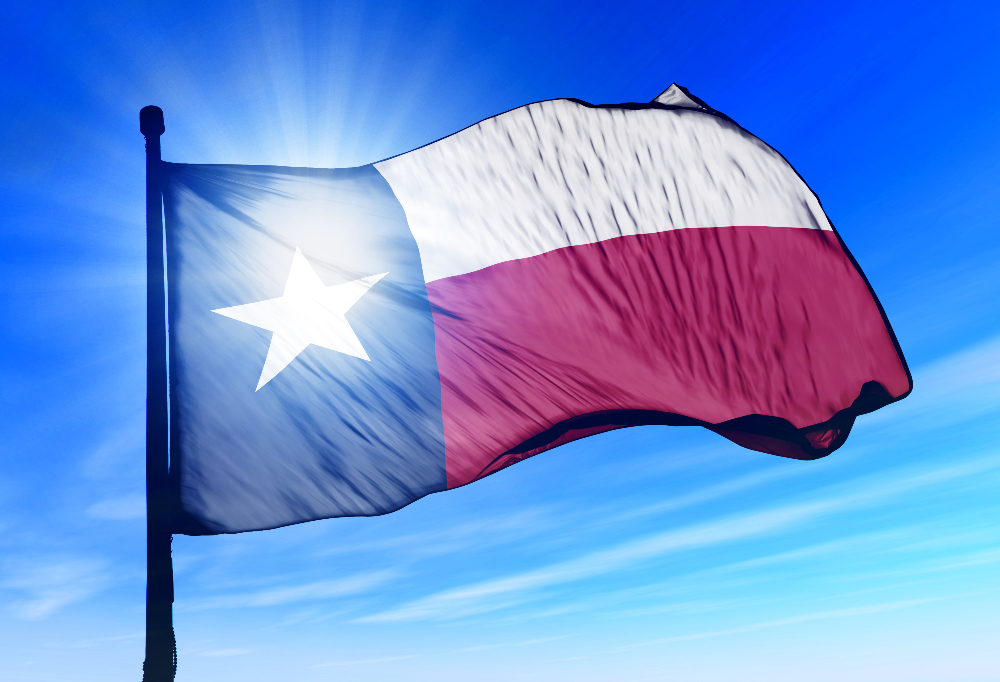 It seems that the word, ‘Texit,’ may be entering the common vernacular. Texas may secceed from the rest of America.

When Donald Trump won the presidency in 2016, a number of deep blue states threatened to secede, claiming that he ‘stole the election’ from Hillary Clinton after ‘colluding with Mother Russia’ and Vlad Putin.

None of that was true, of course, but that didn’t stop the blue states from believing it had and making their threats.

Of course, none of them did formally secede, but now that actual election fraud appears to have taken place, there is secession talk again, only this time among red states or, more precisely, one great, big red state: Texas. And that would be, Texit.

Claiming that the federal government is “out of control and does not represent the values of Texans,” a state representative from the Hill Country wants to give Texans the option to opt out of the union.

State Rep. Kyle Biedermann, R-Fredericksburg, told his supporters on Facebook that he plans to file a bill allowing for a referendum on secession.

“The federal government is out of control and does not represent the values of Texans. That is why I am committing to file legislation this session that will allow a referendum to give Texans a vote for the State of Texas to reassert its status as an independent nation. This legislation perfectly aligns with Article 1 Section 2 of the Texas Constitution which reads: ‘All political power is inherent in the people, and all free governments are founded on their authority, and instituted for their benefit. The faith of the people of Texas stands pledged to the preservation of a republican form of government, and, subject to this limitation only, they have at all times the inalienable right to alter, reform or abolish their government in such manner as they may think expedient.’

Naturally, Biedermann has gotten the usual amount of hate-bot traffic in response, as well as some from real people who reason that it’s “illegal” or “unconstitutional” to secede.

On the first part, yeah, of course, it is, since the Supreme Court declared it so following the Civil War. But on the latter, the Constitution is actually silent on the question, providing only for a manner in which states can be admitted.

But even so, a majority of people in a state who genuinely want to secede aren’t going to care about ‘the law’ or what the Supreme Court ruled regarding secession in 1868 – much as people who have it in their minds to shoot people don’t really care that the store they’re about to enter has a “no guns allowed” sign on the door. So that argument is moot.

But think about it: Haven’t some states already ‘opted out?’ Didn’t California, Oregon, Washington, New York, and a handful of others essentially tell the Trump administration on a regular basis they aren’t going to be paying much mind to federal mandates, laws, and edicts?

Even Rush Limbaugh believes we’re reaching a point of such incivility and division amongst ourselves there is no way we can continue to coexist, and he’s an eternal optimist.

Is Texit the only option?

Maybe he’s right. Maybe Biedermann is onto something. After a stolen election and revelations this week that China and Wall Street really run America, what is left to defend?

Texas secession talk is nothing new, but now that talk has become tangible action. State Rep. Kyle Biedermann (R-Fredericksburg) plans on filing the Texas Independence Referendum Act, legislation which would put secession up for a vote. In a Facebook post announcing the bill, Biedermann wrote that the federal government is out of control and does not represent the values of Texans.

The Texas Nationalist Movement (TNM), which has championed the secession cause for 15 years, is fully on board with Biedermann’s effort. “The Texas Independence Referendum Act will give Texans a vote on becoming an independent, self-governing nation,” says Daniel Miller, TNM president.

Miller agrees with Biedermann’s assessment that the federal government has moved further away from the values Texas was founded on. He notes that support for secession among Texans has grown from single digits when the TNM started years ago to at or above 50 percent now. “Texans are sick and tired of living under 180,000 pages of federal laws, rules and regulations, administered by 440 separate agencies and two and a half million unelected bureaucrats,” says Miller. “Texas should be governed by Texans.”

Secession legislation likely faces an uphill battle in Austin, then with voters, and possibly in the courts if it makes it that far. But just getting to this point is historic, according to Miller. “Regardless of where you stand on the issue of Texit—at a minimum, the people of Texas deserve to have a free, fair, and public debate on the issue, that culminates in a binding referendum,” he says.