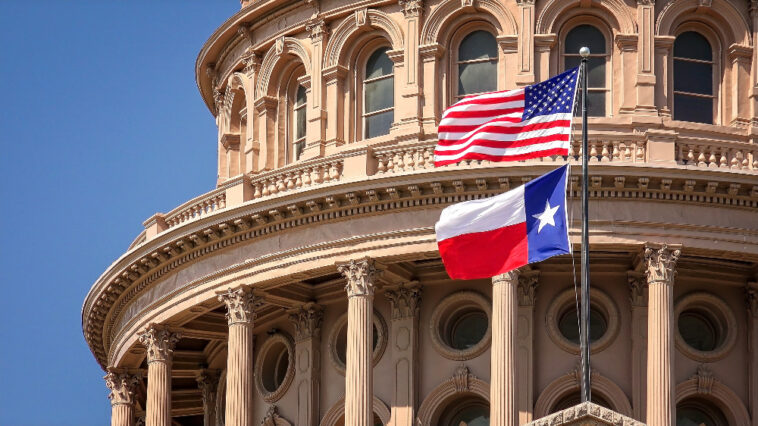 Anticipating what they (rightfully) believe will become the most socialist-leaning administration since Great Britain ruled the colonies, conservatives in Texas are not planning on ‘waiting out’ Joe Biden’s term.

They want out, as in all the way out.

State Rep. Kyle Biedermann (R) filed legislation this week seeking to put the question of a “Texit” — a process by which the Lone Star state would become the Lone Star nation — to voters.

Called House Bill 1359, which is also known as the Texas Independence Referendum Act, the legislation called for a statewide ballot in November asking voters if they want to remain part of the United States or “establish an independent republic.”

The Epoch Times has more about Texit:

If voters say yes, then a committee would be formed to study the matter and make recommendations regarding the best way to break away from the rest of the country, including advice for how to amend the state Constitution to accommodate the proposed nation and recommendations for issues that would have to be negotiated with the U.S. government such as a common travel agreement.

“This Act simply Lets Texans Vote. This decision is too big to be monopolized solely by the power brokers in our Capitol. We need to let Texans’ voices be heard!” Biedermann said in a statement.

“Voters of all political persuasions in Texas can agree on one thing, Washington D.C. is and has been broken. Our federal government continuously fails our working families, seniors, taxpayers, veterans, and small business owners. For decades, the promises of America and our individual liberties have been eroding. It is now time that the People of Texas are allowed the right to decide their own future. This is not a left or right political issue. Let Texans Vote!” he added.

Texas is unique in that it has its own potential monetary system (via its own gold reserves) and it’s own electric grid. Besides a robust oil-and-gas industry, Texas is also becoming a tech hub, but that may also be the undoing of Texit.

Is Texit a reality?

Hundreds of thousands of people have flocked to the state in recent years from California, New York, and other blue enclaves seeking respite from the very things they voted for back home: Democratic politicians who impose higher taxes, more regulation, and other restrictions on liberty (talk about cognitive dissonance).

So now, will there be enough native Texans and conservatives who want to go the way of Great Britain in leaving the European Union? Biedermann isn’t sure but he believes Texans ought to have the choice.

And they do have one, under the state’s constitution: Article 1, Section 2 states: “All political power is inherent in the people, and all free governments are founded on their authority, and instituted for their benefit. The faith of the people of Texas stands pledged to the preservation of a republican form of government, and, subject to this limitation only, they have at all times the inalienable right to alter, reform or abolish their government in such manner as they may think expedient.”

The Texas Nationalist Movement noted the filing, saying it “would give Texans an opportunity to head to the polls in November of 2021 and start the process of reasserting our status as an independent nation.”

Constitutional experts say that states have no right to secede, but it doesn’t appear as though Texans are asking for permission.