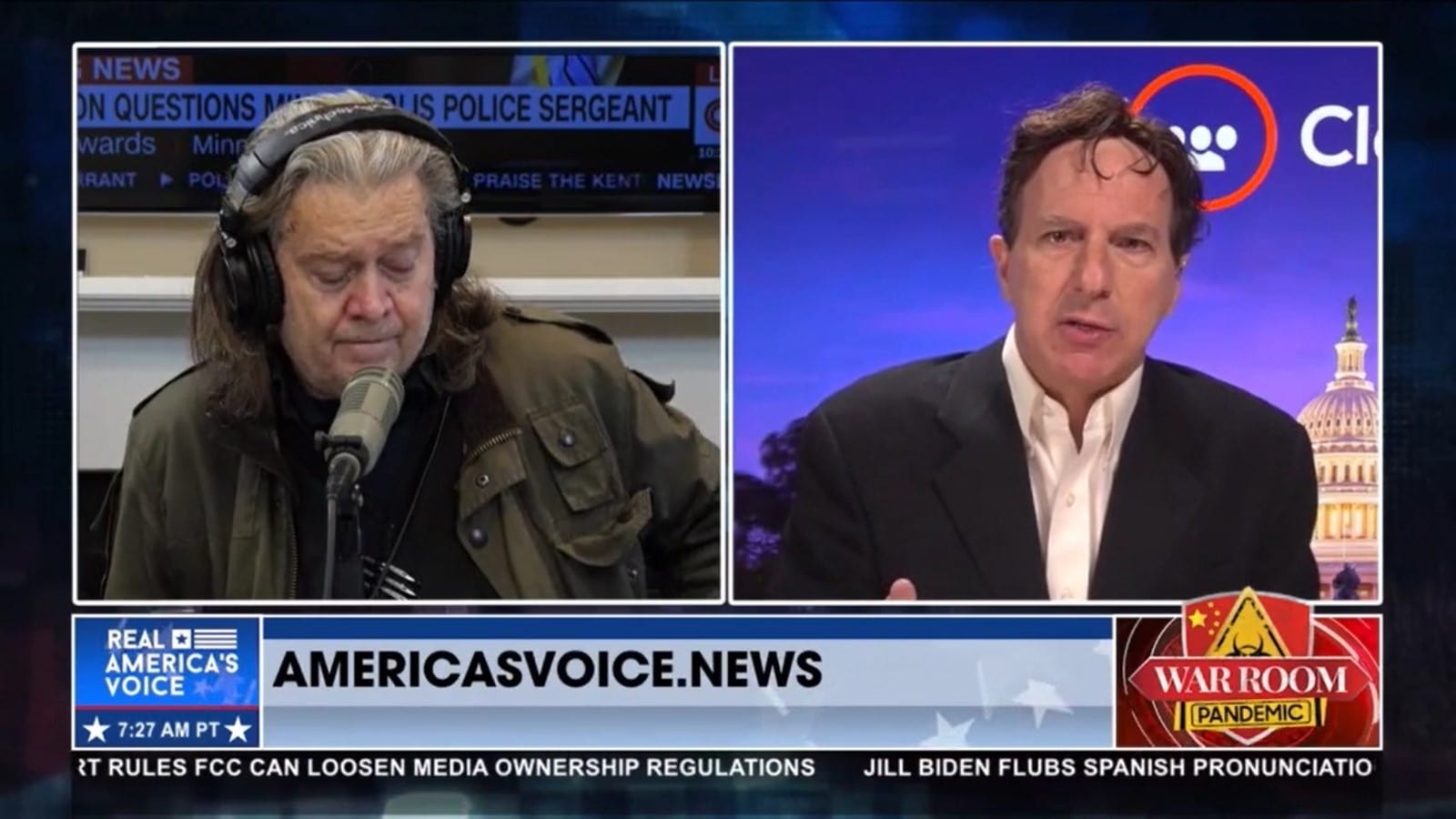 On an episode of The War Room Steve Bannon called for Big Tech companies to be seized and turned into public utilities.

A public utility is an entity that provides goods or services to the general public.

Stephen Kevin Bannon (born November 27, 1953) is an American media executive, political strategist, and former investment banker, who served as the White House’s chief strategist in the administration of U.S. President Donald Trump during the first seven months of Trump’s term. He is a former executive chairman of Breitbart News, and previously served on the board of the now-defunct data-analytics firm Cambridge Analytica.

Bannon was an officer in the United States Navy for seven years in the late 1970s and early 1980s. After his military service, he worked for two years at Goldman Sachs as an investment banker. In 1993, he became acting director of the research project Biosphere 2. He became an executive producer in Hollywood, and produced 18 films between 1991 and 2016. In 2007, he co-founded Breitbart News, a far-right website which he described in 2016 as “the platform for the alt-right”.

In 2016, Bannon became the chief executive officer of Trump’s 2016 presidential campaign[31][32] and was appointed Chief Strategist and Senior Counselor to the President following Trump’s election. He left the position eight months later, and rejoined Breitbart. In January 2018, Bannon was disavowed by Trump for critical comments reported in the book Fire and Fury, and left Breitbart.

After leaving the White House, Bannon opposed the Republican Party establishment and supported insurgent candidates in Republican primary elections. Bannon’s reputation as a political strategist was questioned when former Alabama state Supreme Court Chief Justice Roy Moore, despite Bannon’s support, lost the 2017 United States Senate election in Alabama to Democrat Doug Jones. Bannon had declared his intention to become “the infrastructure, globally, for the global populist movement.” Accordingly, he has supported many national populist conservative political movements around the world, including creating a network of far-right groups in Europe.

3 thoughts on “Steve Bannon: Big Tech Companies Need to be Seized and Turned into Public Utilities”