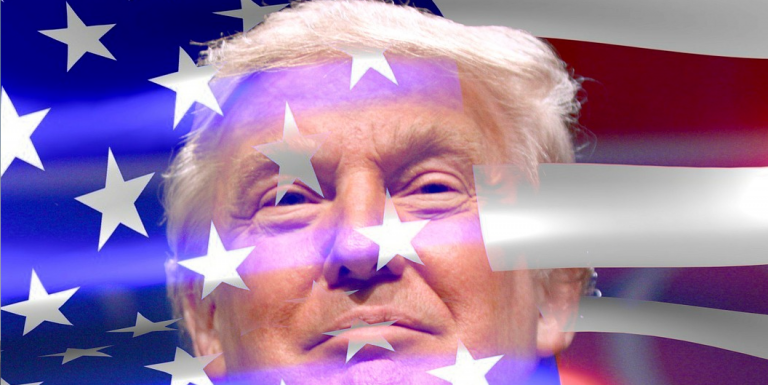 Have you noticed that?

This is strangely odd.

How often is the brash billionaire and president known to show restraint?

Sure… he’s been banned from Twitter and Facebook… but let’s be honest, he can put out a statement any time he wants.

Well, Trump has been staying busy behind the scenes to mount a major comeback.

And by staying quiet, Trump is allowing Biden to stumble all on his own.

But staying out of the limelight, any gaffes and policy errors that Biden makes will not be overshadowed.

They will be out there for all to see.

But yesterday… President Trump previewed what is to come. Including Big Trump, his answer to Big Tech and his 2024 Presidential run possibilities.

“We’re negotiating with a number of people, and there’s also the other option of building your own site,” Trump said

Former President Trump is considering joining a new social media platform but stated he might create his own. https://t.co/xPwvQEjcb2

The comments were made during an interview on Newsmax.

The Epoch Times confirms Trump’s comments on potentially creating his own social media site, which many have dubbed “Big Trump”:

Former President Donald Trump is considering joining a new social media platform but stated he might create his own—coming after he was suspended by Twitter, Facebook, YouTube, and other Big Tech websites last month.

In an interview with Newsmax on Wednesday night—one of his first since leaving office—the former commander-in-chief said he is weighing his options after Twitter moved against him.

“We’re negotiating with a number of people, and there’s also the other option of building your own site. Because we have more people than anybody. I mean you can literally build your own site,” Trump said, adding that he is considering building his own platform.

“I really wanted to be somewhat quiet. They wanted me very much on Parler, you know they had a phony report that the man who was in there didn’t–I mean just the opposite, they really wanted me on Parler,” Trump said, referring to statements made by Parler’s former CEO John Matze.

However, he speculated that Parler would not be able to handle the amount of traffic he would bring to the website. “Mechanically, they can’t handle” the number of users, Trump noted in the interview.

Trump added that “if you look at what’s going on with Twitter, I understand it’s become very boring and millions of people are leaving. They’re leaving it because it’s not the same, and I can understand that.” Before his account was deleted, Trump had one of the most followed Twitter accounts and generated a significant amount of engagement.

Earlier this month, Jason Miller, one of Trump’s advisers, said the former president is deciding on how to reemerge on social media.

“I would expect that we will see the president reemerge on social media,” Miller told Breitbart News on Feb. 6. “Whether that’s joining an existing platform or creating his new platform, there are a number of different options and a number of different meetings that they’ve been having on that front. Nothing is imminent on that.”

When Trump was banned from Big Tech platforms, they said it was because the former president’s comments could have incited violence in the wake of the Jan. 6 Capitol breach—although Trump denounced the riots several times and called on protesters to demonstrate peacefully.

But perhaps the biggest moment of the interview was when Trump hinted towards a 2024 run.

Of course, most candidates stay coy until they announce.

So it is not unusual for Trump to be reserved while answering the question.

However, he did emphasize that he has tremendous support, especially among the conservative base, should he decide to run.

2024?: Donald Trump on whether he will run for president again, "I won't say yet, bet we have tremendous support." @GregKellyUSA https://t.co/VlT7z8drtO pic.twitter.com/pZUxftFBR5

Democrats and the GOP Establishment are terrified. https://t.co/3qJK0AvOt6

The solid grasp on the Republican party still makes Trump the most formidable person alive today.

Biden might be president, but Trump still dominates and controls the conversation.

The New York Post confirms that Trump is toying with the idea:

Former President Donald Trump blasted President Biden for claiming that he left the White House with “no vaccine” — suggesting his successor is “mentally gone” late Wednesday as he refused to rule out a 2024 presidential run.

Speaking to Newsmax, Trump made the remarks after being asked if he had seen Biden’s CNN town hall the night before.

“Well, I saw that he said there was no vaccine when he came into office, and yet he got a shot before he came into office,” Trump told the network. “It was already in early November when we announced it, but we actually had it substantially before that.”

“We were giving millions of shots and millions of doses. So he’s either not telling a truth, or he’s mentally gone, one or the other,” the former president continued.

Trump went on to argue that Biden was facing considerable criticism for blaming his predecessor.

“Actually, Biden’s being killed on that whole thing because even the haters are saying, ‘You know, this vaccine was announced long before,’” he said, reiterating that he believes “he got the shot sometime before Jan. 20.”

“He is getting lit up on that one. Even the bad ones, even the ones that aren’t exactly fans are saying that was a bad statement,” Trump continued.

The 45th president went on to say that they should “give him the benefit of the doubt.

“Could he be joking? Because, frankly, that was a very dumb statement.”

During the Tuesday evening town hall, Biden said: “We got into office and found out the supply, there was no backlog. There was nothing in the refrigerator, figuratively and literally speaking, and there were 1 million doses a day that were available. We’ve upped that, in the first weeks that we were in office, to significantly more than that.”

“It’s one thing to have the vaccine, which we didn’t have when we came into office, but a vaccinator — how do you get the vaccine into someone’s arm? So you need the paraphernalia. You need the needle, and you need mechanisms to be able to get it in. You have to have people who can inject it into people’s arms,” he continued.

The White House did not immediately respond to The Post’s request for comment on the former president’s claims.

It is clear that we have not heard the end of President Trump.

We can wait to see what he has hidden up his sleeve!

One thought on “The Donald Finally Previews: Big Trump vs. Big Tech; First Hints of 2024 Run”