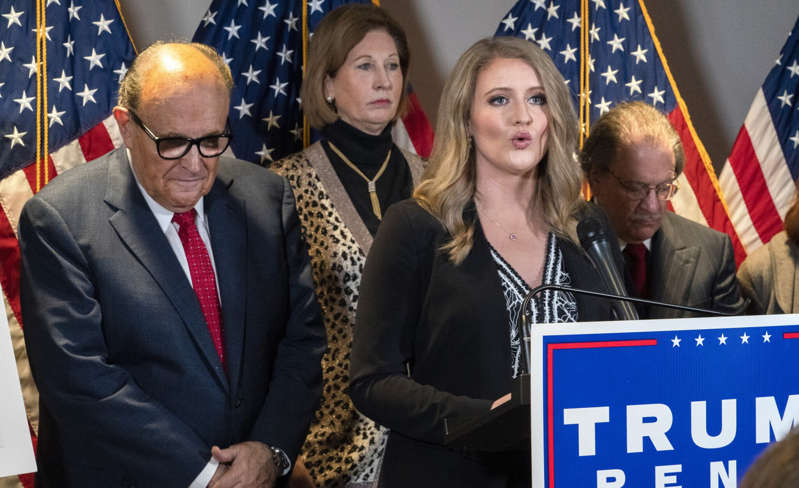 A group of Trump allies will head up an election integrity organization.

The American Greatness Fund announced the creation of the Election Integrity Alliance on Wednesday, chaired by Jenna Ellis, one of the lawyers for former President Donald Trump. Texas Attorney General Ken Paxton and former White House trade adviser Peter Navarro will serve as honorary co-chairmen of the group.

The alliance, the group said in its release, will “build and unite bipartisan allies across the country focused on ending election fraud and strengthening election safeguards by providing information, resources, endorsements of allies’ efforts, and solutions to secure free and fair elections.”

Ellis, following Trump’s loss in the 2020 election, and other campaign lawyers filed a litany of lawsuits questioning the integrity of the election in specific battleground states President Joe Biden won.

The Election Integrity Alliance supports “free and fair elections,” the Constitution, the Electoral College, “the plenary power of state legislatures to govern election law,” and the “God-given right of the people to self-govern,” according to its website.

Other members of the board include Trump supporters Bernard Kerik, a retired New York police commissioner; Sebastian Gorka, who served as deputy assistant for strategy to Trump; Michael Donnelly, a lawyer and constitutional law professor; and Mirna Tarraf, a former Trump legal team special assistant.

The group will be evaluating “the integrity of elections” in eight states, seven of which Biden won in 2020, a map on its website showed. Those states are Nevada, Arizona, Georgia, Florida, Pennsylvania, Ohio, Michigan, and Wisconsin.

Officials in every state confirmed the results of the election, although the Arizona GOP has pushed for another audit.