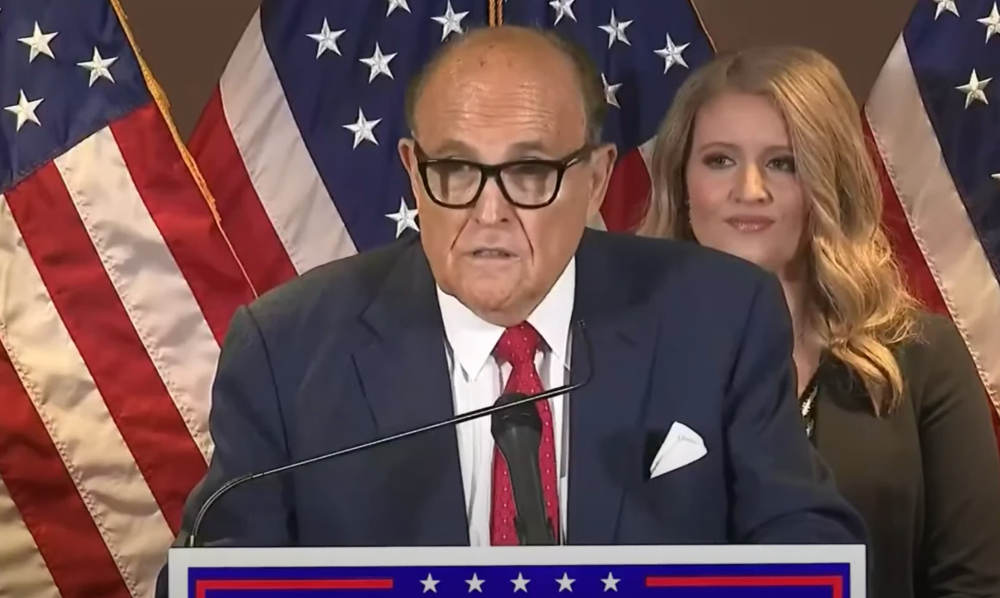 Without question, the unsung heroes in the fight to ensure President Donald Trump is not stripped of the election victory he obviously won last month are the lawyers fighting in the trenches – namely, Rudy Giuliani and Jenna Ellis.

Not only have they been preparing cases and filing dozens of lawsuits, but they have also been gathering and processing affidavits, interviewing witnesses, and preparing for hearings before state legislatures so they can lay out evidence that few courts thus far have wanted to see.

It’s exhausting, time-consuming work and the campaign legal team is very literally getting no help at all from the one government agency that should be interested in voter fraud if it occurred: The Justice Department.

After Attorney General William Barr told The Associated Press earlier this week that he had yet to see enough fraud that would overturn the election results, the department later clarified that DoJ attorneys were actually looking into allegations of election theft.

“Some media outlets have incorrectly reported that the DOJ has concluded its investigation of election fraud and announced an affirmative finding of no fraud in the election. That is not what the Associated Press reported nor what the Attorney General stated,” the spokesperson said. “The Department will continue to receive and vigorously pursue all specific and credible allegations of fraud as expeditiously as possible.”

But was that true? No, not according to Team Trump.

Trump’s statements to the media on Thursday echo those made by his lawyers, Rudy Giuliani and Jenna Ellis, who disputed Barr’s claim to the AP.

“With all due respect to the Attorney General,” they said, “there hasn’t been any semblance of a Department of Justice investigation.”

From six states, evidence was sent to the DOJ, the lawyers added. But the agency hasn’t examined it.

“We have many witnesses swearing under oath they saw crimes being committed in connection with voter fraud. As far as we know, not a single one has been interviewed by the DOJ,” their statement concluded. “The Justice Department also hasn’t audited any voting machines or used their subpoena powers to determine the truth.”

For his part, President Trump said Thursday that he hasn’t seen much out of Barr or the DoJ either, despite hundreds of affidavits his legal team has detailing witnessed accounts of alleged fraud on nearly every level.

“When he looks he’ll see the kind of evidence that right now you are seeing in the Georgia Senate,” Trump said, referring to hearings in the state on alleged fraud and irregularities.

“He hasn’t done anything yet,” he added.

Trump added that his AG and the Department of Justice “haven’t looked very hard, which is a disappointment, to be honest.”

When asked if Barr still has his support, Trump responded: “Ask me that in a number of weeks from now. They should be looking at all of this fraud. This is not civil. This is criminal stuff. This is very bad criminal stuff.”