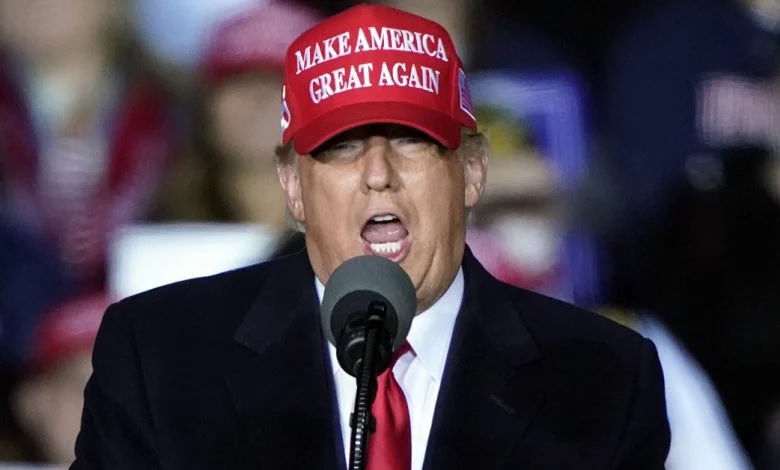 Joe Biden better be getting concerned because he, and the Democrats, just got some really bad news from Team Trump.

In federal filings this weekend it was discovered that Donald J Trump has a $102 million war chest and we are still two years from any real campaigning would begin for the 2024 presidential election, The Daily Mail reported.

“These fundraising numbers, coupled with tremendous support in so many other ways, show that President Trump’s supporters want him to continue the fight for the America First Agenda and the truth in the 2020 elections. Free and fair elections are the bedrock of our constitutional republic,” it said.

“Bringing the truth about the Rigged and Stolen 2020 election to light is critical to restoring faith in our election process and our country itself. On behalf of the millions of men and women who share my outrage and want me to continue to fight for the truth, I am grateful for your support. And I can’t imagine a more important time to elect good Republicans to the House and Senate. Commonsense conservatives were never more badly needed. We must have people who will stand for our America First Agenda of lower taxes, fewer regulations, support the Second Amendment, strong Borders, honoring our vets, and are very tough on crime. The American people know what’s at stake,” Trump said.

“I will never stop fighting for Free and Fair elections, and to elect the right candidates,” he said.

Although the statement from Trump’s Save America political action committee claimed $82 million was raised from January 1 to June 31, the figure appears to have included at least $23 million in transfers that was raised last year.

After Trump, the next-highest individual fundraiser among Republicans was Senator Tim Scott of South Carolina. He is the sole black Republican in the Senate and delivered the GOP’s response to Biden’s first address to Congress in the spring.

Scott raised $7.8 million, according to the latest filings.

The day prior to these filings Trump’s former chief of staff Mark Meadows said he and Trump had met with “cabinet members” in New Jersey.

Speaking to Newsmax’s Cortes and Pellegrino on Friday, Meadows said that both he and Trump were meeting with “some of our Cabinet members” as recently as that day, but he added that he was not “authorized to speak” on behalf of the former president to divulge too many details about the meeting.

According to Meadows, the meeting would not have happened at all if there were no plans to “move forward in a real way.”

“I’m not authorized to speak on behalf of the president, but I can tell you this, Steve: We wouldn’t be meeting tonight if we weren’t making plans to move forward in a real way, with President Trump at the head of that ticket,” he added.

Although Meadows’ remarks were vague, it does suggest that Trump may have intentions to run for office in 2024, or assume some other position in Republican politics besides acting as the de facto kingmaker for the party.

Trump previously told Fox News host Sean Hannity that he made a decision on 2024, but did not say exactly what it was, according to The Hill. The former president did hint however at running for office again.