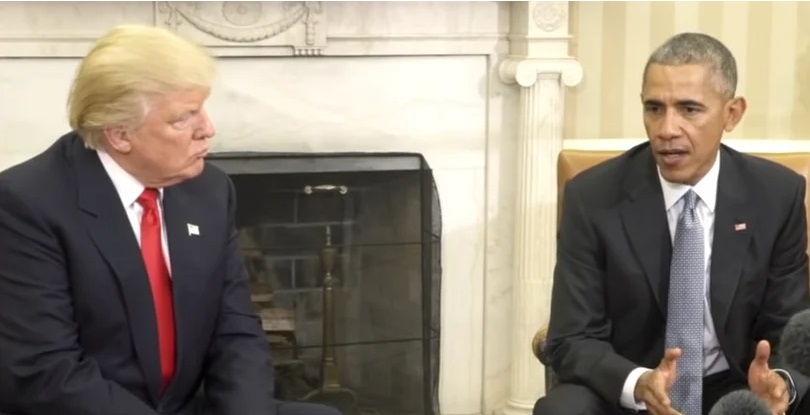 The unhinged left, in unison with the deep state RINO-industrial complex, predicted for years that Donald Trump was going to be the destroyer of America.

If Trump didn’t blow up the planet by starting a nuclear war, his domestic policies and political priorities would tank the economy and ruin our governing institutions.

In fact, the 45th president built one of the strongest economies in American history, strengthened our military against rising global threats, cajoled NATO countries into paying their fair share, made America energy independent and a net energy exporter, renegotiated terrible ‘America last’ trade deals, began building a border wall, toughened immigration enforcement, and provided more opportunities for women and Americans of color than had existed for decades.

Not bad for a single four-year term that was truncated by COVID-19 and, eventually, a manipulated election (hey, that’s what Time magazine said).

Now, a new survey that has historically been the most accurate in the Trump era confirms what most Trump-supporting Americans either believed or just instinctively knew: 45 did much better than 44, Barack Obama, in five key areas.

The Insights & Issues editorial board notes:

Although often ignored by the mainstream press, the Investor’s Business Daily-sponsored IBD/TIPP poll has proven to be the most accurate in the past five presidential elections. And since 2001, IBD/TIPP has been taking the public’s pulse seven topics to gauge the state of the nation: direction of the country; economic optimism; presidential leadership; standing in the world; quality of life; morals and ethics; and national outlook.

The indexes provide a unique view into how the nation judges each president, and after two decades IBD/TIPP now has a wealth of data.

Ratings of 50 and above are considered positive; below 50 is considered negative.

“Trump did worse on two measures – morals and ethics and presidential leadership. But even there, Obama did almost as poorly as Trump. On morals and ethics – which ask people how they feel about the direction of the country regarding these – Obama scored just 34.8, while Trump came in at 30.2,” I&I editors wrote.

The reason for the difference in “morals and ethics” is reporting, without a doubt; Obama’s various and sundry scandals were never exposed by the media (which included spying on the media, by the way — never very ethical). By comparison, the media repeatedly regurgitated fake, uncorroborated, and unsubstantiated rumors spoon-fed them by deep state operatives trying to depose Trump.

But the fact remains there is little that Obama did better than Trump, and that is reflected in this latest, accurate IBD/TIPP survey.